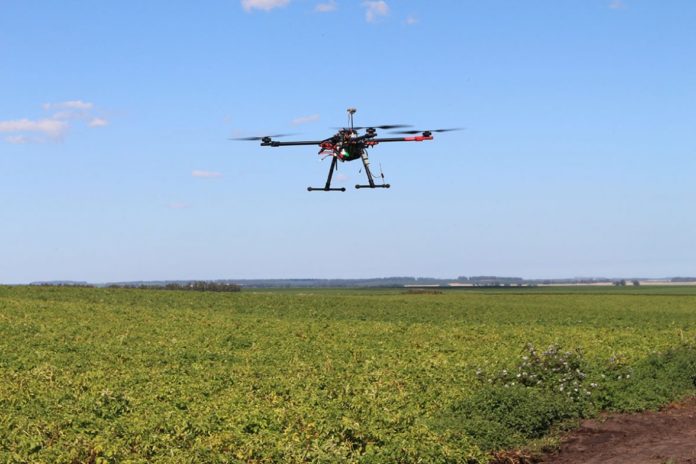 A study done in the United Kingdom using aerial imaging was able to detect and differentiate between potato diseases, a May 27 news release from The James Hutton Institute, says.

“While the aerial imaging demonstrated potential for this method to detect diseases once visible symptoms were present, the hyperspectral data, when subjected to machine learning analysis techniques could detect and differentiate between late blight and blackleg diseases even before visible symptoms were present, with high accuracy,” Damian Bienkowski, a postdoctoral researcher at the James Hutton Institute, says in the release.

“It is predicted that if imaging with greater spectral and spatial resolution is used in the field, it will likely be able to map multiple diseases in growers crops, enabling precise disease control options to be deployed with greater efficiency.”

New Potato Gene Which Will Speed Up Hybrid Breeding Found

Potato Blight Pathogen Cuts into Potato Plant to Infect It