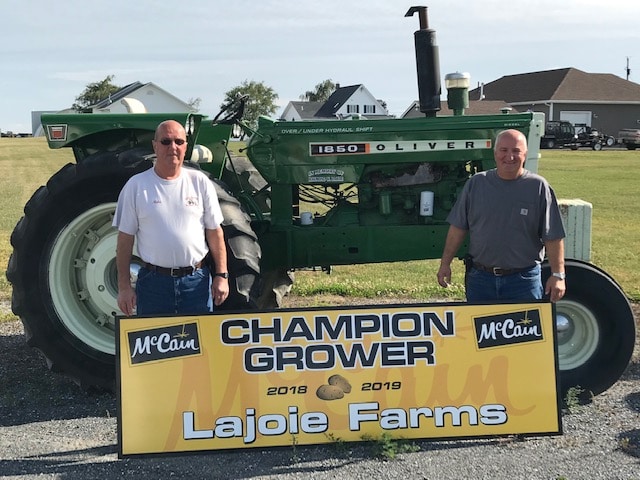 PRESQUE ISLE, ME — The McCain Top 10 Potato Growers were recognized at the annual McCain Grower Banquet at the Stone Ridge Event Center in Presque Isle on August 21. Over 300 guests were invited to celebrate the 2018 growing season and recognize the top ten growers and their achievements.

The McCain Top 10 Potato Growers were recognized at the annual McCain Grower Banquet at the Stone Ridge Event Center in Presque Isle on August 21. Over 300 guests were invited to celebrate the 2018 growing season…
Click To Tweet

Champion Grower selection is based on the highest standing quality of the following three delivery categories: field direct delivery, winter storage delivery and refrigerated storage. This award of 2018-2019 Champion Grower was earned by Lajoie Farms of Cyr Plantation. They have been growing potatoes for McCain since the development of the company in Maine. Field Manager Bart Bradbury estimates that they have hauled close to 60,000 truckloads of potatoes just for McCain in their 40-plus years of collaboration. Mike and Phil Lajoie have decided to move into retirement, and have ended their farming career with a lot to be proud of.

Allison McCain, Chairman of McCain Foods Limited, personally congratulated each of the winning growers at the banquet, and spent time greeting all of the Maine farmers and their families in attendance. In his address, McCain commented on the value of the growers and recognized their endurance through tough times, as well as their drive to improve.

Special focus was turned to Leigh Morrow, Director of Agronomy East, who has announced his retirement. After 22 years of working with McCain in addition to several more in the potato industry, Leigh thanked all the growers for their cooperation over the decades. He will be retiring this October. Jim Clark was also recognized for his retirement after 32 years.

The participants in the Young Grower Development Program were thanked for their willingness to learn. Chris Flewelling, Joel Guerrette, Logan McLaughlin, Jordyn Madore, Zachary Pryor, and Mason Turner attended a two day event of education and touring, to strengthen future relationships between McCain and growers, and to establish a better understanding of how to best work together. 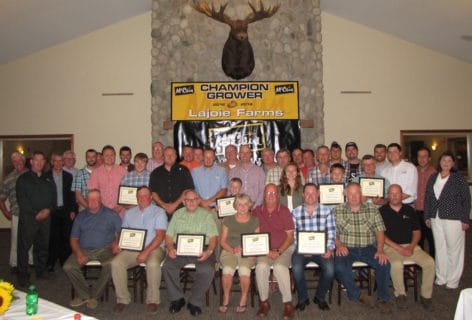