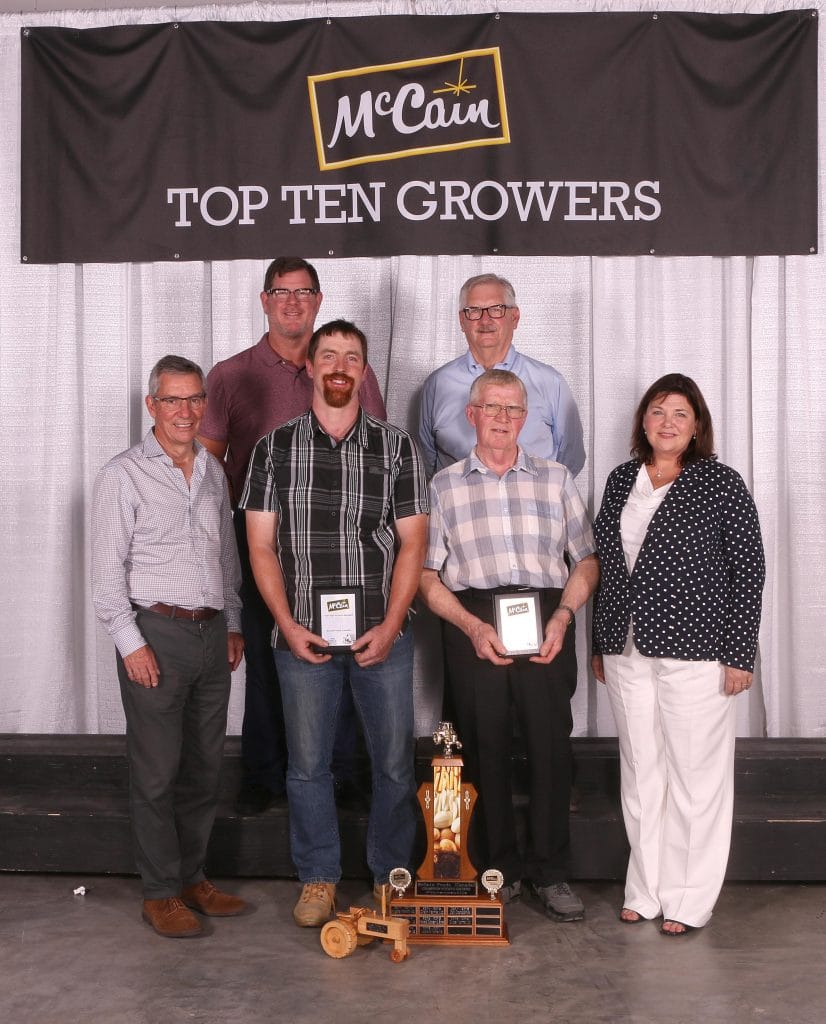 FLORENCEVILLE-BRISTOL, N.B., Sept 3, 2019 — Guest Farms Ltd. of Holmesville was named the 2018-2019 McCain Champion Potato Grower for Florenceville-Bristol during the 46th Annual McCain Growers’ Banquet held August 22. This year, approximately 200 guests gathered at Northern Carleton Civic Center in Florenceville-Bristol to celebrate the top growers and to recognize their hard work over the past year.

VP Agriculture Christine Wentworth shared an optimistic outlook on what has been a rather difficult crop year, saying that “the challenging season provided an opportunity to demonstrate our commitment to one another.” She also congratulated the growers for making the best of the poor season, explaining, “New Brunswick was less affected than other regions, and this is attributed to the efforts that all of you made to improve soil health, adopt regenerative growing practices, and continue the journey toward a more sustainable, resilient, and higher yielding crop.”

Chairman Allison McCain concluded the speaking portion of the event with a few words of his own.  “Climate change is real and, while we have to reduce our carbon emissions, we will benefit from a longer growing season. I am optimistic about the growth prospects for the local potato industry. We are seeing higher yields as a result of new practices, new technology, new varieties and, importantly, more young people coming back to the farm.”

Simon and Matthew Guest were thrilled to be announced as the Champion Grower. They have been contracting with McCain for 24 years, held the top ten position once before, and this is their first time winning the Champion Grower title.

When asked why he farms, Simon Guest gave a simple answer: it’s in his blood. “I live on the farm I grew up on,” Simon explained, referring to his 250-acre farm in Holmesville, N.B.  “I tried a few other things but they just weren’t what I wanted to do. I always came back to farming.” Now his eldest son Matthew is continuing the family business.

The other growers who qualified for the top 10 roster, in order of standing were: 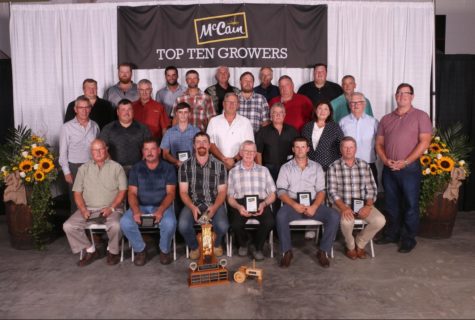 McCain Foods (Canada) is the Canadian division of McCain Foods Limited, an international leader in the frozen food industry, employing over 21,000 people and operating 53 production facilities on six continents. McCain is the world’s largest manufacturer of frozen potato specialties, and in Canada also produces other quality products such as pizza pockets, appetizers, desserts and authentic Chinese entrées.  In Canada the company has eight production facilities, approximately 2,500 employees and is a Platinum member of Canada’s Best Managed Companies.