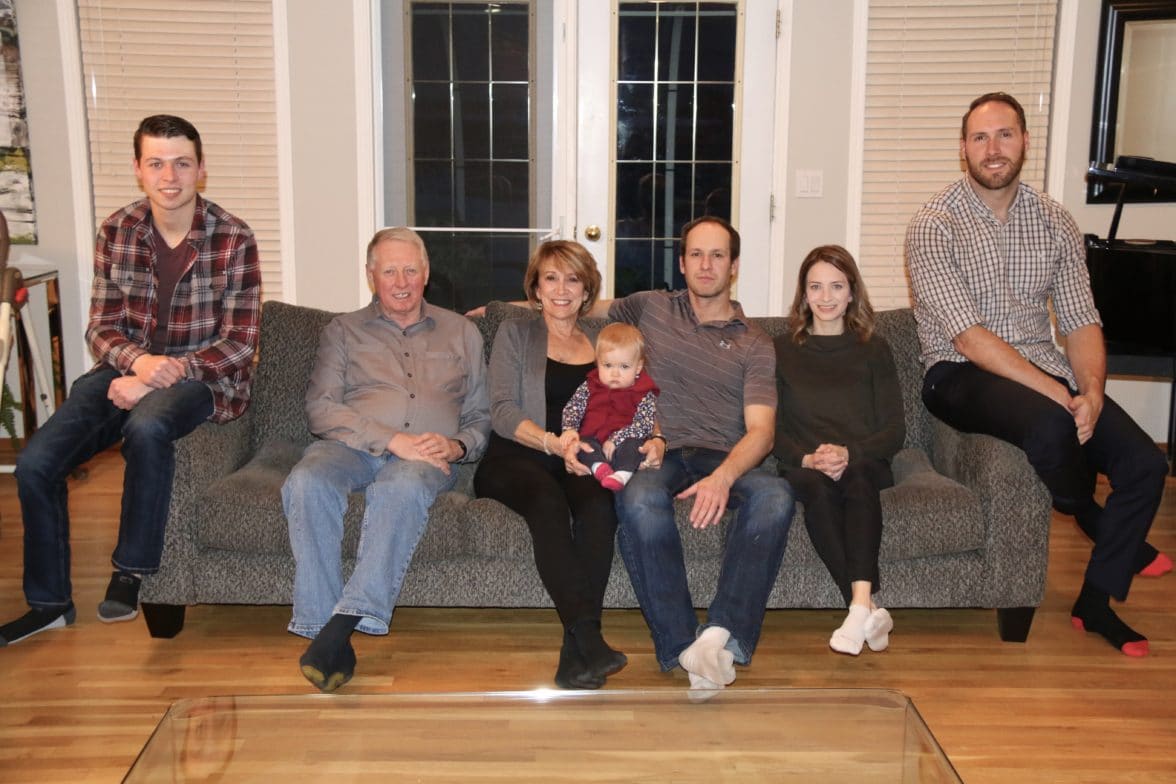 Rick Davison, a successful potato producer in Carberry, Man., didn’t shy away from making some big decisions as a young farmer.

Davison was only 18 when he purchased his first quarter section, which was then added to the family farm. Four years later, he convinced his father George they should try their hand at growing potatoes on their 1,000-acre farm.

“I had to coax my dad along because he was getting to the age where he didn’t want to get into starting another project,” Davison says. “That was back in 1981, when interest rates were double digit. It was a tough go at first.”

The family persevered, and today Davison Farms is a prosperous 4,800-acre operation which grows 1,400 acres of Russet Burbank and Ranger Russet potatoes. The farm’s potatoes, which are grown in a three-year rotation with grain and oilseed crops, are delivered to the McCain Foods processing plants in Carberry and Portage la Prairie, Man. Davison Farms was recently recognized as one of McCain Food’s top 10 growers in Manitoba for the 2018 crop year.

Davison Farms is still very much a family business. Davison and his wife Jackie are majority owners and his cousin Brad has an ownership stake as well. Davison’s son Kirk and Brad’s son Jon are also involved with the farm.

The younger generation will be taking over the reins in the near future, says Davison, who is 65. “I’m getting to the age where I feel I’ve done this long enough… we’re working on a succession plan right now.”

Now entering his fifth decade as a potato producer, Davison has witnessed some impressive changes in the industry. For one, potato crops are much more productive than they used to be.

“When I started, I think the average yield was something like 147 hundredweight of potatoes per acre. Now, that’s gone up to where you can grow 330 hundredweight,” Davison says.

Davison believes there are many reasons for the substantial hike in yields. Potato farming, storage equipment and practices have improved substantially over the years, he says, and agronomists are available to provide valuable services for growers like himself.

“We have agronomists come out now… that can do everything from soil testing to weekly scouting to check for disease and insect pressures,” says Davison. “They’ll also do weekly petiole tests [and] help calibrate the planters to make sure they’re operating properly.”

Davison credits modern technology with having a lot to do with the increase in productivity as well.

“Potato farming is certainly more technological. For instance, we do variable rate with our fertilizer,” says Davison. “Kirk and Jon are now running the irrigation systems with their phones. They’ll know right away if something goes down or if it’s not working and they can check on it. It’s the same thing with potato storage. There are so many more tools now.

“It used to be an art to plant your potatoes straight. Now, we have GPS that takes care of that,” he adds. “There are also programs that monitor the disease severity risk which takes into account humidity, temperature, the stage of the plant.

“That helps us to know whether we need to get out there and be proactive with the spray, because one thing about late blight, once you see it, it’s too late. So this is another tool that helps us to determine when we should be spraying and how much,” Davison says.