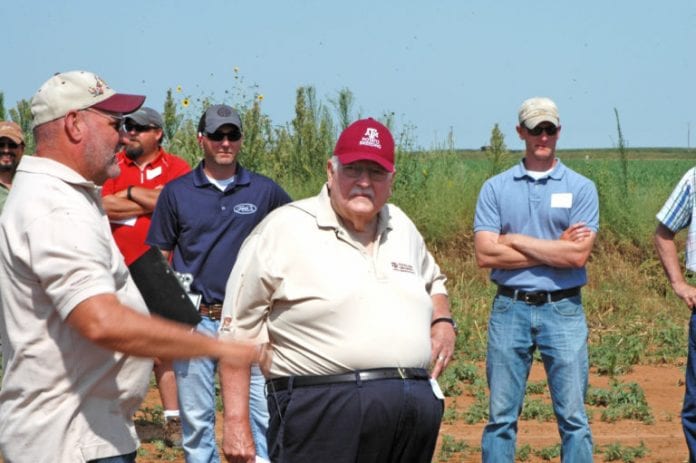 Creighton Miller, Ph.D., plant breeder and professor in the Department of Horticultural Sciences at Texas A&M University, has died after a long bout with cancer. He was 79.

Miller has been recognized throughout the years for his research contributions to the U.S. potato industry.

More than 25 years ago, he was recognized by the U.S. potato industry when he was named an Honorary Life Member of the Potato Association of America.

And he was just getting started.

He was hired in 1972 by the Texas A&M AgriLife Research and Extension Center at Lubbock to initiate a potato variety development program for Texas. In 1975, Miller took a teaching/research position in the Department of Horticultural Sciences at Texas A&M University in College Station. He also served as interim head of the department from 1980-1983.

During his career, Miller developed or co-developed 19 new potato varieties, many grown in Texas and throughout the western U.S. Among his better-known varieties are four Russet Norkotah strains, which collectively were the second most grown russets in the country based on seed production in 2018, said Doug Scheuring, a senior research associate with AgriLife Research. Scheuring worked with Miller for 41 years in the Potato and Vegetable Legume Improvement Program.

Virtually all of the russet potato acreage in Texas is now grown using one or more of his Russet Norkotah strains, Scheuring said.

“All of our trials were produced in grower fields so that they would be grown like a potato should be,” he said. “This also gave our cooperators a chance to observe how the newer clones would perform in their fields. One-on-one interaction with producers was very important to Creighton. He would say ‘I always learn something every time I talk to a grower.’ He truly admired and respected all the producers we worked with through the years.”

Miller’s varieties have brought in more than $6 million in royalties to the Texas A&M University System. In recognition of his contributions, he was presented the System’s Excellence in Innovation Award for technology commercialization in 2015.

“I met Creighton in 2005 when I started leading the Oregon potato breeding program,” said Isabel Vales, Ph.D., who joined the Texas A&M potato breeding program in 2017. “I collaborated with him for more than five years while in that position and regularly interacted with him. He was a very caring and compassionate person and a great professional.”

He was the recipient of the prestigious L.M. Ware Distinguished Teaching Award from the Southern Region, American Society for Horticultural Science and also earned the Distinguished Achievement Award in Teaching from the Association of Former Students of Texas A&M University.

Miller served as major professor for 23 masters and 16 doctorate students, and was on the graduate advisory committees of over 150 students.

Commenting on his role as a graduate advisor, Dan Lineberger, Ph.D., head of Department of Horticultural Sciences, said, “I expect Creighton might want to be remembered more for the students he mentored than the varieties he released. He was able to teach his students about all phases of potato research, including the laborious but necessary fieldwork, and that always involved a lot of travel time. That was time well spent, as Creighton developed a very close relationship with all of his students. They developed into outstanding professionals under his guidance.”