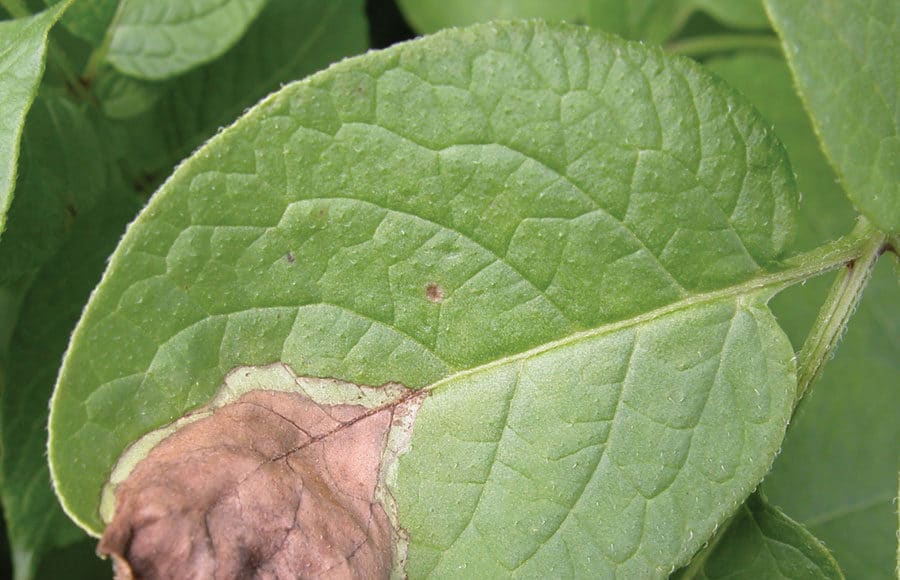 A&L Biologicals Laboratory has confirmed the presence of late blight spores in the Alliston, Ont. area. Spores were not detected in the spore trap near Shelburne, Ont., but conditions for the development of late blight are perfect not only near Alliston but across the province of Ontario.

To date, there are no reports of potato late blight in Ontario. But potato fields must be protected against this devastating disease to avoid economic losses. In fields where there is water standing between the rows, aerial spraying may be an option.

Preventative fungicide sprays, regular field scouting, the destruction of volunteers and the elimination of cull piles are effective management practices that reduce the risk of late blight.

According to many growers, Bravo Zn plus an EBDC (Penncozeb, manzate, etc.) have proven to be effective in reducing the incidence of late blight incidence.

Late blight specific fungicides should be used with Bravo Zn or with an EBDC to reduce the development of resistance.

Remember to hose down your sprayer after spraying an infected field. An ounce of prevention is worth a pound cure!