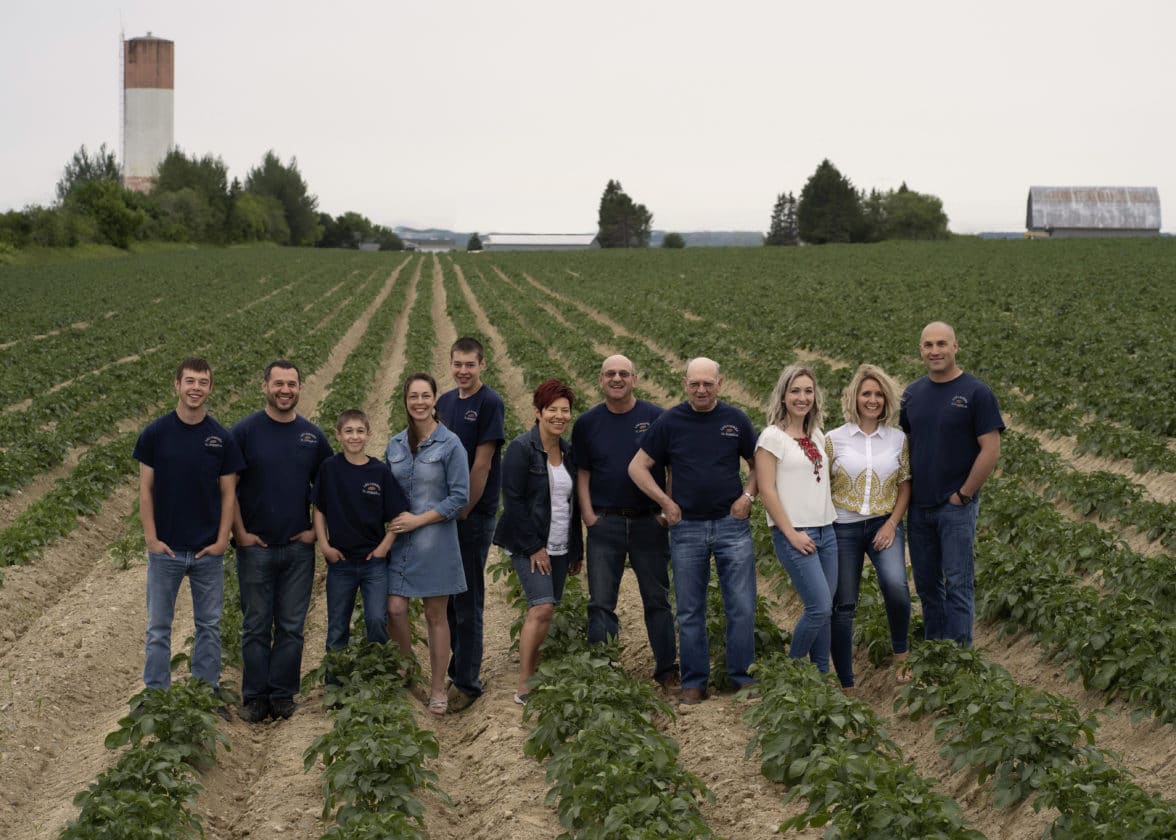 Growing Potatoes is a Family Affair

At Les Fermes PL Levesque Ltd., a 2,000-acre potato farm in Saint-André, N. B., you could say farming runs in the family.

Paul Levesque, who owns the farming operation along with his wife, Lynn, grows potatoes there, just like his father and grandfather before him. Today, his two sons, Angelo and David, help run the farm, as do three grandsons, Samuel, Zackari and Mathias, who represent the sixth generation of potato growers in the Levesque clan.

Paul, 62, started working at the farm as a teenager himself. “I must enjoy it because I’m still here.”

About half of the acres at the Levesque farm are put to potatoes every year. All of them are Russet Burbanks grown for McCain Foods, with the exception of a few acres of seed potatoes the Levesques grow for themselves.

There are eight or so people working on the farm, Paul says, although that number goes up to 12 at planting and 32 at harvest time.

Paul has seen a lot during his four decades in the farming business, and he believes one of the biggest challenges potato growers face today is how to cope with the changing climate.

One of the biggest challenges potato growers face today is how to cope with the changing climate.
Click To Tweet

Paul’s son David says another big challenge for potato producers these days is how to stay profitable.

“The price of potatoes is basically the same as it was years ago, so you’ve got to be more efficient at it,” David says.

The price of potatoes is basically the same as it was years ago, so you’ve got to be more efficient at it.
Click To Tweet

One of the ways the Levesque family is doing that is by embracing new technologies in precision agriculture.

“We like to keep our equipment up to date. We always have new technologies out here, and then we try to keep up with everybody else,” says David.

An example of this is a potato yield monitor used during harvest that’s helped boost productivity on the farm. David says the yield maps produced by the system enable the growers to target areas within fields where crops can benefit from additional inputs.

The Levesques also utilize variable rate technology in their nutrient applications, which increases the efficiency of their fertilization program and saves the farm some money as well.

Currently, the Levesque’s potato fields are fertilized with potash and lime, but the farm has started experimenting with liquid fertilizer.

“We just started a project this year looking at liquid fertilizer and we might end up doing variable rate [applications] with that in the next four or five years,” says David.

David, his father, and the others in the Levesque family, enjoy the farming life, especially the variety that comes along with it.

“We enjoy it because you don’t do the same thing every day; you’re always doing something different,” he explains. “Every year is different, and it’s always a challenge.”