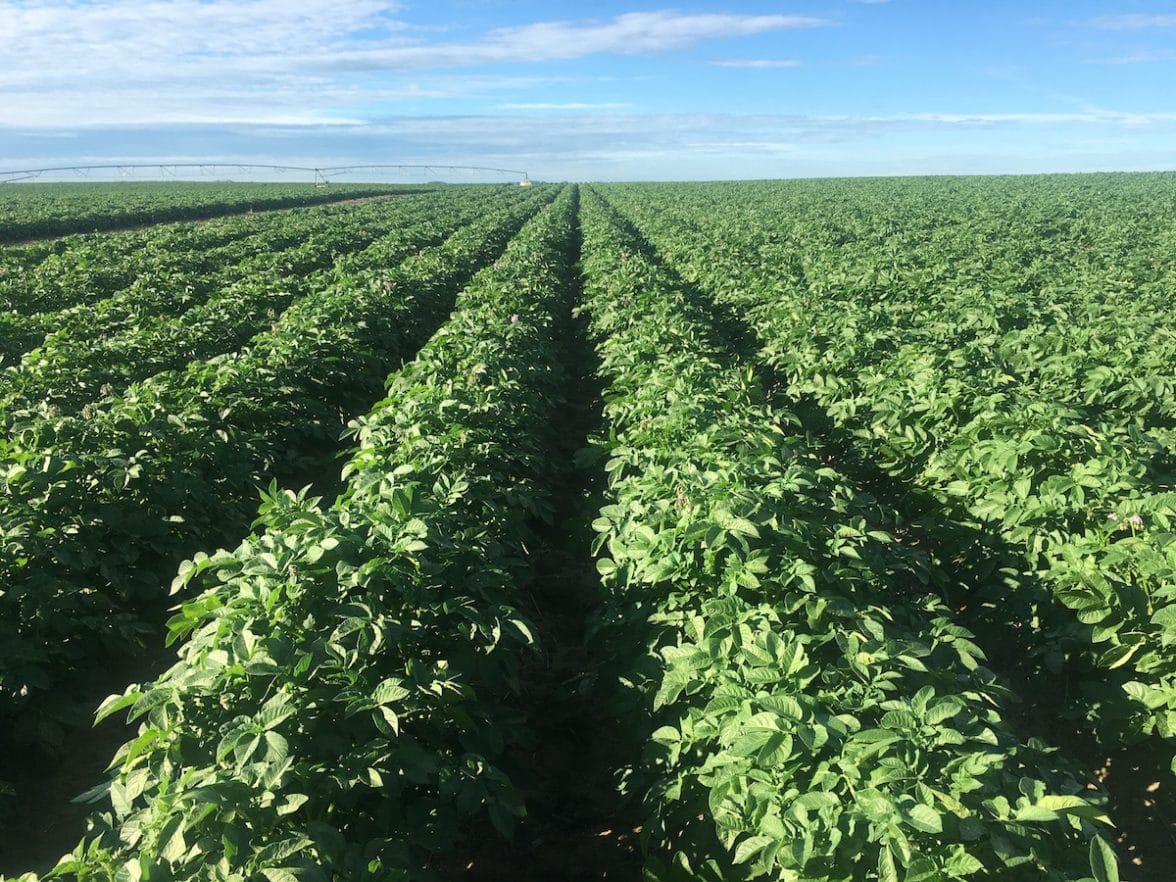 Farming Potatoes is all in the Family

Arjan Woordman comes from a long line of potato growers. His great-great-grandparents started it all off in the Netherlands in the late 1800s, and farming potatoes has been in the family blood ever since.

“We definitely love what we do,” says Arjan, who along with his wife Wietske grows about 1,300 acres of potatoes each year on their 3,500 acre farm just outside Taber, Alta. The farm, which was purchased by Arjan’s parents when they moved to Canada from the Netherlands 13 years ago, was passed on to Arjan and Wietske in 2015.

The Woordman’s love for growing potatoes is illuminated by how much work Arjan’s mother and father, Frederique and Harry, still do around the farm.

“Dad still does a lot of the seeding and a lot of the harvest. He’s definitely involved,” says Arjan, who adds his mom also likes to help out whenever she can, especially with feeding hungry crews at planting and harvest times.

Arjan and Wietske Woordman and their three children (left to right): Mason, Norah and Julian.

Arjan, who’s 34, says farming potatoes on irrigated acres in Alberta is definitely different than how it’s done in the damp maritime climate of his Dutch homeland.

“In Western Europe, it rains so much you’re not worried about moisture. There’s usually an abundance of it,” he explains. “The biggest difference is, in Europe we’re set up to move the water away from the field by drain tiling, or by having ditches every three or four hundred feet. Here, we’re set up to put the water on the fields. It’s the complete opposite.”

“We try to stay at a minimum of a one in five rotation, and in most of our fields we are actually probably closer to one in six or one in seven,” he says. “It keeps the disease pressure very low, and the potatoes are healthier.”

In 2016, Woordman Farms was named McCain Champion Potato Grower for McCain Food’s processing plant in Coaldale, Alta., adding to an impressive track record for the Woordman family. According to Arjan, Woordman Farms has been in the top 10 growers list for the McCain Coaldale plant eight times over the years.

Arjan hopes to build on his farm’s success with significant investments in new equipment and technology aimed at increasing efficiencies and yields.

“On our irrigation side and on our ventilation side, we are investing a lot of money into variable speed drives. We are looking into solar, and we have changed all of our irrigation systems to low-pressure pivots where we’re using smaller pumps than we were before, so it takes less electricity to irrigate the same amount of water. The pivots are becoming much more efficient, with less evaporation and more wind resistance,” Arjan says.

“I think you always have to stay updated with the newer technology. Otherwise, there is no catching up.”

Arjan says industry developments such as McCain’s move to expand capacity at its Coaldale plant and the new Cavendish Farms plant being constructed in Lethbridge, Alta., have put Alberta’s potato growers in a great position.

Arjan and Wietske have been married nine years and have three young children: the oldest, Julian, is eight; daughter Norah is six; and second son Mason is three. Arjan likes to think the farm will eventually end up in the hands of a sixth generation Woordman potato grower one day.

“I hope that the next generation is going to be interested in taking over or doing something with the farm once they get through college or university,” he says. “That would be very nice.”