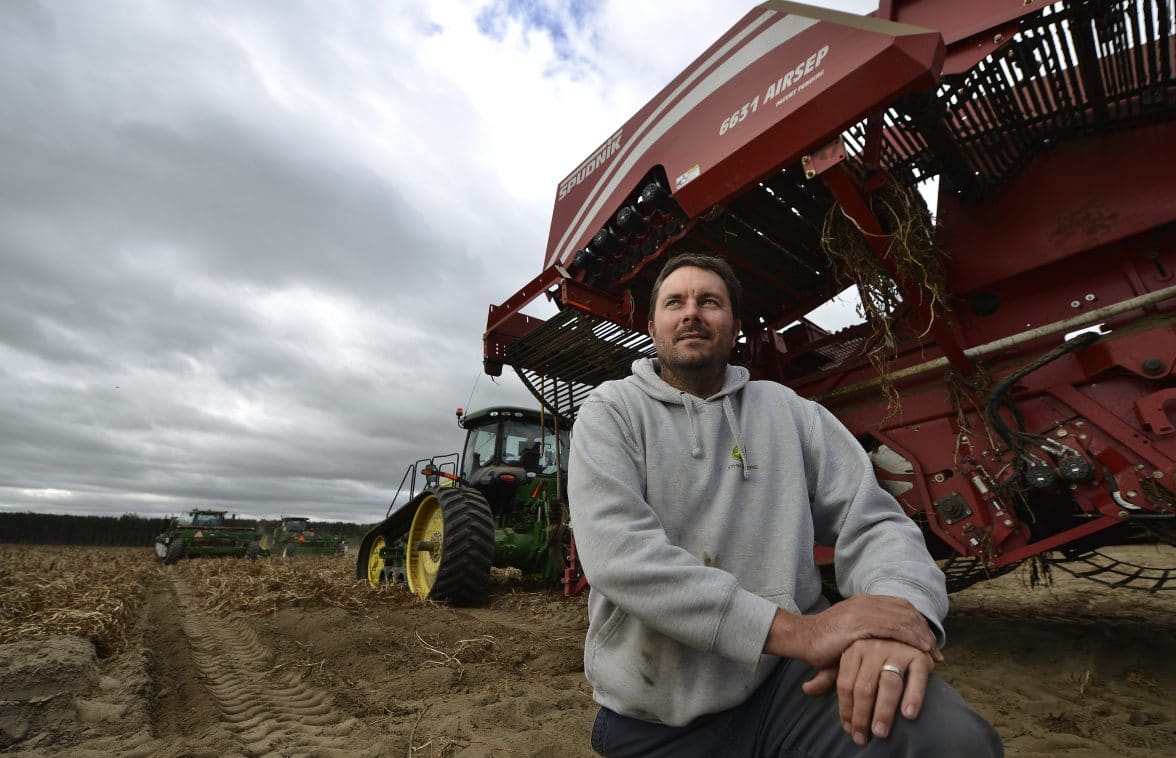 Six generations of the Beattie family have been farming potatoes in Alliston, Ont. Three years ago, they decided to try their hand at making potato vodka, and it’s a move that has clearly paid off.

Ontario potato farmers Ken and Liz Beattie got into the craft distillery business back in 2016, using surplus, non-saleable spuds otherwise destined for cattle feed to make potato vodka. Their fledgling company called Beattie’s Distillers has certainly come a long way since then. 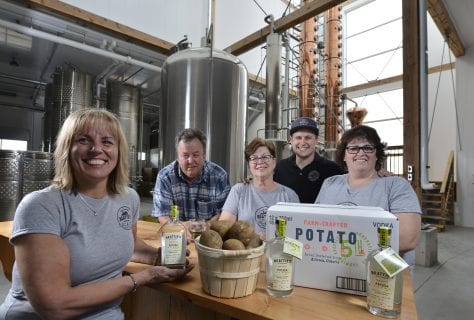 Proof of that came at the 2018 World Beverage Competition,a major event for the beer, wine and spirits industries. At that event—the first international competition for the Beatties — their signature spirit called Beattie’s DistillersFarm-Crafted Potato Vodka was named best in show, earning the unofficial title of the world’s best vodka.

Liz Beattie admits the news came as a bit of a shock.

“Honestly, it was surreal.… It was just unbelievable, and we were all over the moon,” she says.

“We had to make sure that we had enough product in the stores before we announced it. Keeping that to ourselves when you wanted to scream it from the rafters was difficult, but I’ve said it to everybody every day since then,” Beattie laughs.

Andy Murison, headofsales and marketingforBeattie’s Distillers, says expectations weren’t terribly high when the decision was made to enter the World Beverage Competition.

“It really was, quite frankly, just going to kick the tires and see how our brand performed against the other categories, so it was a bit of a one-off experiment to be honest with you,” says Murison. “We didn’t expect to come out with an award, and we certainly didn’t expect to get the best in class.

“It’s very prestigious. It basically helps ratify our commitment to quality and it helps enable us to go to customers all over North America, including the U.S., and to introduce ourselves as a high-quality vodka.” 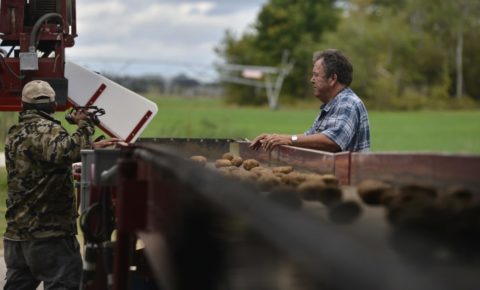 Beattie agrees the “world’s best vodka” moniker has been a huge boost for the distillery’s brand. A great example of that, she says, is how things have changed since liquor officials in Alberta were first approached about selling Beattie’s DistillersFarm-Crafted Potato Vodka two years ago.

“They said, ‘Well, let’s see how you do with LCBO [Liquor Control Board of Ontario].’ Then we won the award last year, and they said, ‘Okay, let’s talk, let’s get things moving now.’ So certainly, that’s helped us to get into other markets,” says Beattie.

The distillery’s product line has expanded as well. It now offers some special, limited edition flavoured vodka products, such as strawberry potato vodka released last summer, as well as a sweet potato vodka.

In addition to vodka, Beattie’s Distillers now makes potato gin and poitín, an Irish-style moonshine distilled from potatoes and aged for a minimum of three months in oak barrels.

Murison says the distillery has also laid down some Canadian whisky that will come out of the barrels and be available to customers in a few years’ time.

When asked why their vodkafared so well at the recent World Beverage Competition, Beattie and Murison say the answer is simple: vodka made with potatoes tastes better.

“It’s creamy and it’s smooth. The potato, without a doubt, makes a superior spirit,” says Beattie. “Certainly, when you drink a shot of something straight, you get that terrible burn. You don’t get that from the potato spirit.”

Murison concurs. “Potatoes in our opinion produce a better base of raw material. As a result, we think it helps provide a very robust and great-tasting alcohol base.” 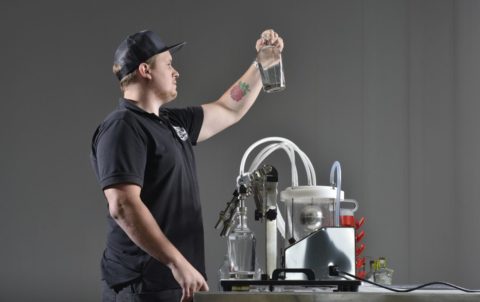 He points out the distillery’s Farm-Crafted Potato Vodka is made with russet and Dakota Pearl potatoes, both of which have high levels of starch that is converted to sugar in the distilling process.

“It’s more difficult and more expensive to extract the starch from potato,” Murison says. “But when it comes out, the end result is that it seems to be a bit creamier, a bit more buttery in terms of taste, which removes some of the harshness that you get from, for example, a grain vodka.”

Murison says credit for the distillery’s exceptional showing at the 2018 World Beverage Competition also has to go to the care Beattie’s Distillers takes in crafting its potato vodka and other alcohol offerings.

“We have the right equipment and we’ve got the right people who are operating the equipment, which enables us to blend and distill the alcohol at the right levels to get a great-tasting product,” he says.

Part of that care is making sure only the best part of the potato is used to make the distillery’s vodka.

“We take a good percentage of cuts from the heads and tails, so we make sure we’re working with just the heart of the product. We’re never going to compromise on quality. It’s just not in our nature,” says Beattie. “We’re going to make sure that we get the best product out there. The potato, as far as we’re concerned, is the key to that.”

The spuds used to make Beattie’s Distillers Farm-Crafted Potato Vodka come from the 2,000-acre farm in Alliston, Ont., where the Beattie family grows chipping potatoes for numerous processors in both Canada and the United States.

Beattie says, at first, the potatoes that went to the distillery were ones rejected by chip companies because they were too big or too small. She says, these days, it’s not just those spuds that are used to make potato vodka, and eventually there’ll likely be some potatoes grown on the farm solely for use in the distillery.

The Beattie family has a long tradition of growing potatoes. Liz Beattie’s husband, Ken, is a fourth-generation potato farmer and their son Barry, who oversees potato production on the Beattie farm, is a fifth-generation grower. Beattie laughs that Barry’s six-year-old son could make it a sixth generation of potato farmers.

Beattie says the idea of branching out into the potato vodka business was born six years ago.

“Kenny went for lunch with a couple of buddies and they started talking about making potato vodka. Kenny came home and said, ‘I think we should look into this. They’re doing it out in P.E.I., and right now it’s costing us money to take these [rejected] potatoes to the cattle feed,’” Beattie says.

Not long afterwards, the notion started to pick up steam when the Beatties visited a P.E.I. potato farm making potato vodka while vacationing on the Island in 2013.

“Kenny and I took a trip out to P.E.I. and saw how they were doing it,” Beattie says. “We had a great conversation with the owner of the distillery, and we came home so pumped, knowing that this was certainly something we could do ourselves.” 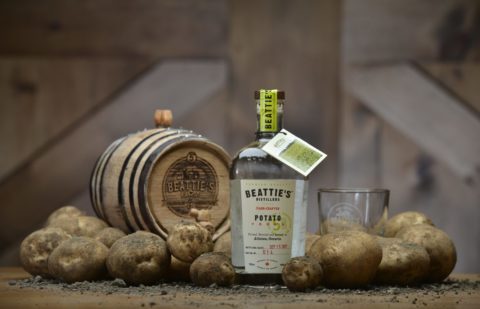 Beattie’s Distillery was incorporated as a business in 2015 and it started selling farm-crafted potato vodkaa year later. The vodka was originally produced at an outside facility but was brought in-house in 2017 when construction of a brand-new distillery building was completed at the Beattie farm.

The distiller at Beattie’s Distillers is a young man named Harrison Torr, who the Beatties first met during their tour of the P.E.I. distillery.

“He’s from Innisfil, Ont., which is just a stone’s throw from Alliston. He was going to school and doing an apprenticeship at the distillery out there,” says Beattie.

The couple was impressed by Torr then and later thought he’d be a great choice as the distiller for their new business. But Beattie says finding him turned out to be tougher than they imagined.

The P.E.I. distillery had closed down by this time, and online searches to try to track down Torr proved unsuccessful.

“We thought, ‘Oh well, you know what? It wasn’t meant to be.’ And I think literally two weeks later he walked into our office and said, ‘I met Ken and Liz in P.E.I. and I’m back home now and would like to talk to them,’” says Beattie. “We had a chat and hired him, so that’s pretty fortuitous.”

She acknowledges that Beattie’s Distillers, like most successful businesses, has had to clear a few hurdles during its journey to where it is now. 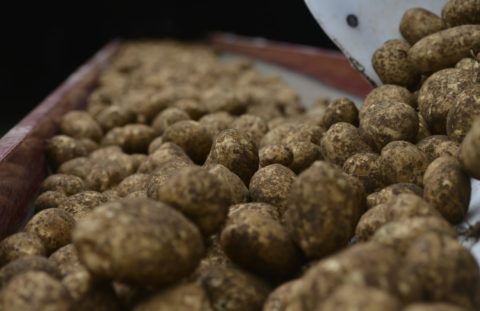 “They worked with us and said, ‘Just get out there and get the cases and bring them back.’ So we did. Each and every one of us got into vehicles and went out and got all the cases, and within a week we had everything brought back to the distillery and disposed of and we started over,” she says. “At the time, we thought, ‘This is a big bump but we’re going to get past this.’ And we did.

“Everything is a learning experience and we certainly can’t say that it’s been easy, but it’s made us stronger and maybe want this even more.”

Beattie says she and her husband decided to build a distillery, not only as a way to diversify their farm’s income, but to also create an additional legacy business for their family.

“That’s really important to us,” she explains. “We wanted to do something that our children, our grandchildren, and their children could carry on, and it all ties in with the farming as well.

“That’s important to Kenny and for everyone who works there too. We want everyone in the business to feel, and I’m sure they do, like they’re family, they take ownership of it and that this is for their families too. We started this from the ground up, and it’s all of us. Everyone’s hard work has made it get to where it is today.”

It was great to have Beattie’s Vodka as a sponsor for the evening beverages at the 2019 Potato Association of America (PAA2019) conference in Winnipeg, Manitoba. As co-chair of the Local Arrangement Committee for the Conference, I am pleased to express that it was a very appreciated sponsorship 🙂