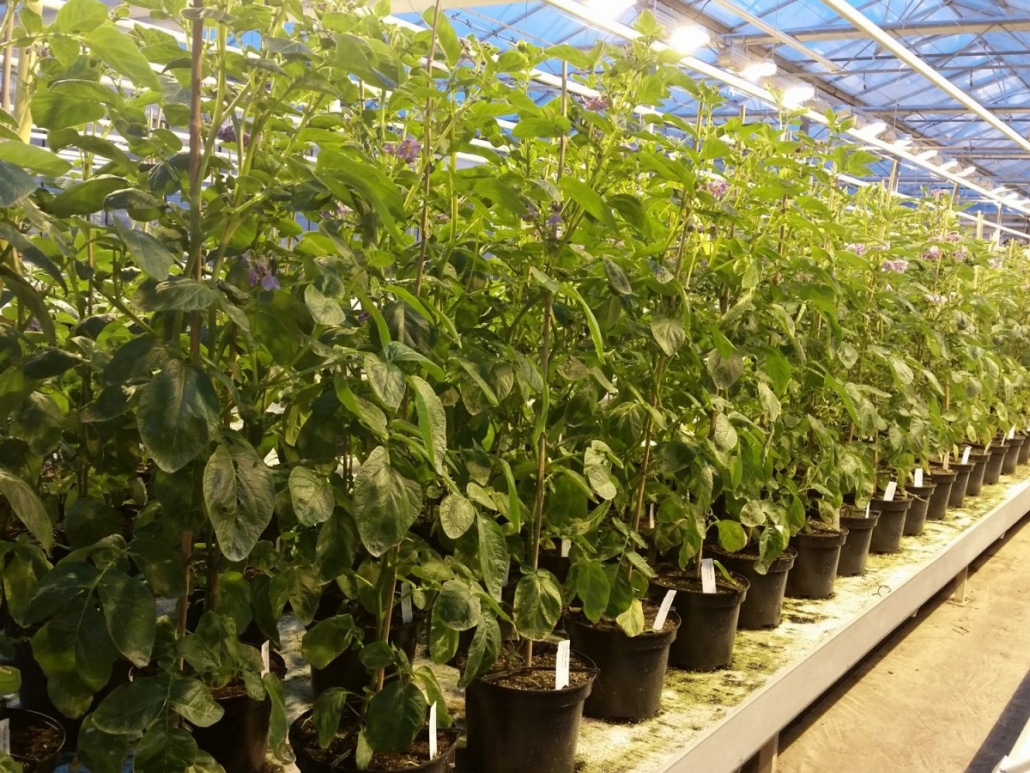 from Solynta and Wageningen University & Research (WUR) have published the most complete genome sequence for potatoes to date.  A unique aspect is that both sequence and plant material are made available for research (under specific conditions). This may in the future result in a potato that is more resistant to heat or drought or has a greater resistance to diseases.

The potato is one of the most important food crops worldwide. Improvements to its traits can therefore have a major impact. Reading the genome structure of the potato is extremely tricky, however, as a regular potato consists of four genomes, which makes it difficult to determine the position of the genes. The recent research applied a diploid real potato plant with only one genome, a so-called homozygote, which makes it easier to read and compare the DNA base sequence. This plant, Solyntus, was produced as part of Solynta’s hybrid potato breeding programme.

The genome sequence is available via https://www.plantbreeding.wur.nl/Solyntus.

Richard Visser, a professor at the department of Plant Breeding at WUR, is enthusiastic about the new sequence: “The previously available genome sequence, which I also helped establish, consisted of approximately 125,000 small segments. The genome we are presenting now comprises 185 large segments. This is a significant improvement which was achieved via a combination of unique plant material and new sequencing and analysis techniques. While the previous sequence involved a wild variety of the potato, we have now used an actual potato plant. I hope – and expect – that our work will eventually lead to a more efficient and faster potato breeding process.”

Solynta’s R&D director Pim Lindhout is also pleased with the collaboration: “This concrete result of a public-private partnership proves that we can describe and new properties faster together. Two years ago, we showed that we could make a potato plant that is disease-resistant within two years. This latest breakthrough means we can also explore and utilize other traits more quickly. I am convinced that this will lead to more sustainable potato production far sooner.”

Various research projects within WUR use both the plant and the sequence, enabling scientists to link experimental results to the genetic code. The very accurate genome sequence allows faster and more focused breeding, as it is easier to find in the DNA which cross-breeds with other varieties might be of interest, and where the exchange of genetic material between “father” and “mother” should ideally take place. This means scientists know at an early stage whether the potato has the desired traits, such as resistance to specific diseases.

The research was partly financed by PepsiCo, contributing to a more sustainable food chain.

SolyntusTM is a trademark that results from Solynta’s hybrid potato breeding programme.