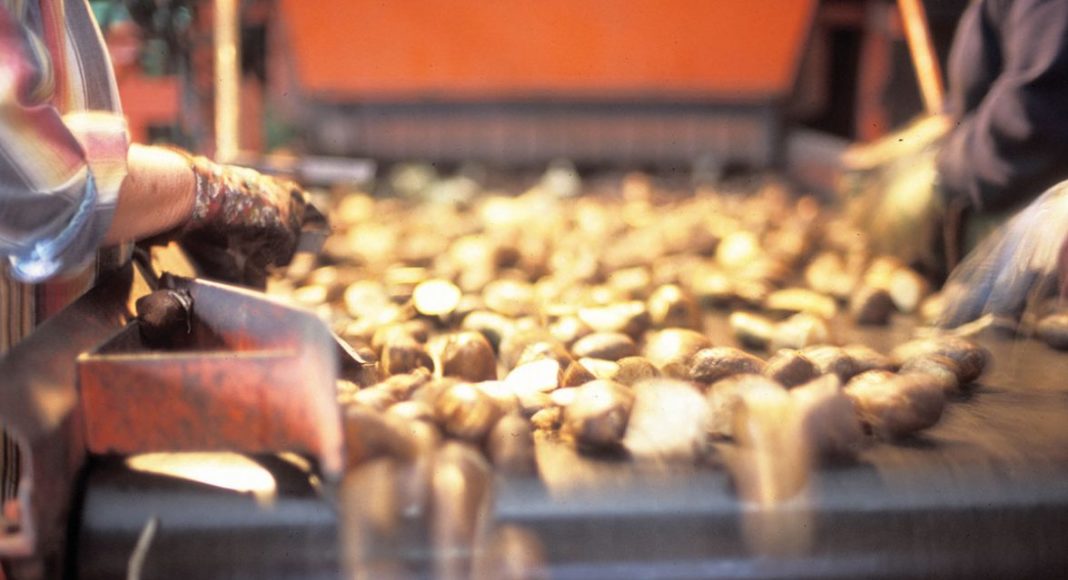 [deck]With the expansion on the use of the existing Alternative Service Delivery program for the inspection of seed potato tubers in early 2014, the rules have changed for Canadian seed potatoes exported to the United States. What can the industry expect to see this year?[/deck]

As of April 1, it will be one year since the Canadian Food Inspection Agency moved to expand the use of Alternative Service Delivery for the inspection of seed potato tuber shipments. The process to explore alternatives to the existing program was slow in 2014, but the Canadian potato industry is hopeful that significant progress will be made in 2015.

The CFIA is working with industry stakeholders to identify an acceptable alternative approach for grade and quality inspections for seed potato tuber shipments as part of the cost-savings measures implemented for the federal budget last year. Under the Seed Potato Tuber Quality Management Program (SPTQMP), seed potato growers or their staff could carry out the jobs themselves, after becoming licensed and registered by the CFIA to perform the inspections.

The plan was to include shipments south of the border as well, but the United States Department of Agriculture and state certification agencies balked at the proposal and requested that all seed potato tubers coming into the U.S. be inspected by CFIA officials.

“We have to provide buyers with the inspection protocols they require,” says Joe Brennan, co-chair of the Potato Task Force and a former head of the Canadian Potato Council.

This meant that all seed potato tubers being shipped for export had to be inspected by CFIA but growers of tubers for domestic use could choose to either have CFIA conduct the inspection for certification or have an individual certified through the SPTQMP complete the inspection.

“At first, it was a logistics nightmare for Alberta growers,” Hart says. “CFIA didn’t have enough inspectors, and they had to bring in and train additional inspectors in a very short time frame. When shipping to the United States starts, trucks are going out every day during that time — usually around March.”

But Hart adds that once growers got into the thick of the shipping season, some of the kinks had been worked out and things proceeded without much disruption.

A CFIA spokesperson says grower participation in SPTQMP will remain voluntary for domestic shipments of seed potatoes, with the CFIA providing oversight to ensure the requirements of the program are correctly implemented.

2015 represents a new year and representatives from CFIA have been in discussions with industry representatives to identify additional changes or modifications to the program that might meet the needs or goals of all parties.

Brennan explains that the original proposal was controversial because it was driven by government’s budget constraints. “Growers raised their arms and said we have to satisfy our buyers,” he says. “If we don’t meet the requirements of buyers, we don’t have trade and that’s a no-win situation for all parties.”

That’s one of the reasons why the Potato Task Force was formed in the spring of 2014 — to look at the competitiveness of Canada’s potato industry domestically and internationally. The task force is comprised of representatives from the Canadian potato industry (up to two per province), Agriculture and Agri-Food Canada, CFIA, Foreign Affairs and International Trade Canada, provincial government representatives and others as required.

Brennan reports that during the past six to eight months, the Potato Task Force has been reviewing other models that the seed potato tuber industry might be able to adopt when it comes to inspection and certification.

“We’re going to take our time and do it right. The government has decided to put a hold on changes, and that’s a good thing because it allows us to find a model that best fits,” he says.

Brennan notes the task force examined models similar to what’s in place for exporting or trading grain, but the analysis wasn’t favourable because of the differences between the two crops.

Between 2005 and 2009, the United States imported an average of $886 million worth of potatoes and potato products with Canada as the largest supplier, followed distantly by Mexico, the Netherlands and Germany.

“One of the selling points of the Canadian seed potato tuber industry is that all of Canada uses one common program, which means as a whole Canada has a very uniform product,” Brennan says.

While Hart has not been privy to the discussions between CFIA and USDA, she hopes “the federal government recognizes the importance of being able to meet the requirements of our biggest market partner and that they continue to consult with USDA, state certification agencies and industry.”

So when might the industry expect to have a resolution to this issue? Brennan says as of now, there is no timetable. “Whether it takes one year or three years, we want to get it right and find the best solution,” he says.

While seed potato tuber producers have one year under their belt with the new system, there are a few things they can do to ensure a smooth start to the 2015 growing season. Hart offers these tips: know that when a grower is exporting seed potato tubers internationally, or if the grower is not registered for the voluntary SPQMP for domestic shipments, they must be inspected by CFIA; contact the CFIA in plenty of time to schedule your inspection; and be patient.

“The Potato Task Force is working very hard to come to a resolution that will satisfy our customers,” says Hart.

Straight from the Field to the Store Shelves