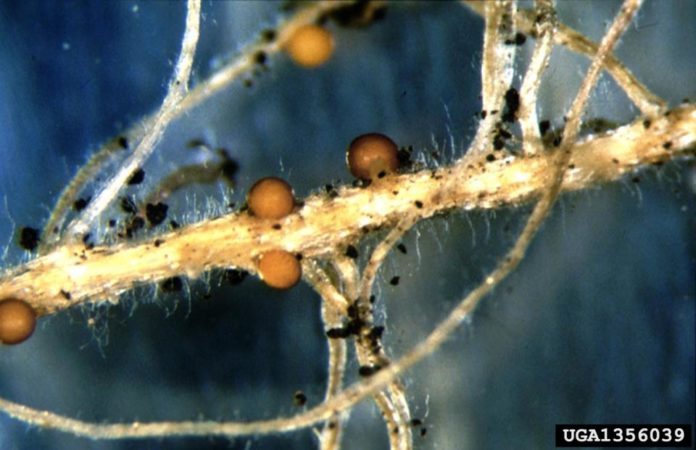 Infestation of potatoes by the Potato cyst nematode (PCN), discovered in Kenya two years ago, has reached alarming levels.

A survey done in 20 counties through support from United Nations Food and Agricultural Organization (FAO) shows that PCN infestation has reached 80 per cent to 100 per cent in some of the potato growing areas.

The study shows the future of potato production is bleak unless the government takes emergency measures to stem the rapid spread of the devastating pest.

PCN (Globodera rostociensis or Globodera pallida) is classified as a quarantine pest by FAO, meaning that in countries where it is detected, tough restrictions are imposed. This includes a ban on potato production and transport to other growing regions and countries to stop the spread. The pest can remain in the soil for up to 30 years.

Infested potatoes usually show early maturity, produce tiny tubers and are usually stunted. Up to now, there is no known chemical or biological agent that can control the pest.

Nyandarua County leads with a prevalence rate of 91 per cent, followed by Elgeyo Marakwet County at 87 per cent, and Nakuru and Narok Counties at 88 per cent each.

Other counties with high infestation levels include Trans-Nzoia, West Pokot and Taita Taveta, all at 100 per cent. However, these three counties are not major potato producers.

Importation of whole potato tubers into the country has been blamed for the introduction of the pest. The Kenya Plant Health Inspectorate Service (Kephis) is supposed to ensure that any potato seed brought in is in the form of invitro plantlets that are quarantined at its station in Muguga. There, they are tested for pests and diseases before being put in experimentation plot for trials and eventual release as seeds as stipulated under the Seed and Plant Varieties Act Cap 325.

However, the Ministry of Agriculture has at times gone around this requirement and allowed imports of potatoes from the Netherlands and other European countries, citing potato seed shortage.

Potato, the second most important crop in Kenya after maize, is grown by more than 800,000 farmers.

The U.S. recently applied with the Taiwan Health and Welfare Ministry to import GMO potatoes, with the approval process expected to be completed next year at the earliest. However, concerns are being raised about the potential health impacts of GMO food products and the adverse effects of these imports on domestic potato farmers.

Taiwan’s Council of Agriculture (COA) said it would monitor future imports and call for proper labelling of foreign GMO potatoes. If approved for import, the GMO potatoes would be used in potato chips, french fries and other processed food products.

Su Mao-hsing, deputy director of the COA’s Agriculture and Food Agency, said local terrain was not suitable for growing potatoes and that Taiwan relied heavily on imports, with domestic producers accounting for only 30 per cent of the market.

Fang Yi-tan, chief of the Agriculture and Food Agency’s Crop Production Section, said the government had established a special committee to review the food safety of GMO products. However, she said, the COA had not been invited to review the current application.

If foreign GMO potatoes were approved, Fang said, she would hope that the Taiwan Ministry of Health and Welfare would ensure – through labelling practices and other mechanisms – that consumers would be able to clearly identify the origin and GMO nature of these products, thereby giving domestic growers a chance to survive.

An oversupply of potatoes in Western Australia is driving several growers out of the industry.

Farmers were dealt a blow in February this year when an exotic pest — the tomato potato psyllid — was found in Western Australia (WA).

The pest detection led to restrictions on exports of the entire state’s potato crop to the east, resulting in an oversupply of potatoes in WA.

It came after a tough year in 2016 for growers, with the closure of a manufacturing plant in WA, and deregulation of the potato industry.

For Busselton farmer Joe Mercuri, it became too much. After 26 years in the industry, he plowed his final crop of potatoes back into the soil, because he calculated it would cost more to harvest, transport and store them than he would make in the current market.

The Potato Growers’ Association (PGA) of WA is launching a new advertising campaign in a bid to prevent other growers from meeting the same fate as Mercuri. The association’s executive officer, Simon Moltoni, said he hoped the campaign would encourage WA consumers to eat more local spuds, and ease the glut.

“We want to inform or remind the consumers of the health benefits of eating potatoes, particularly fresh West Australian potatoes, and that they should be eaten every day,” Moltoni said.

But not everyone is convinced by the ad plan. “WA can only sustain so much tonnes per week, they can only use so much, so it’s not going to really make too much of a difference,” Mercuri said.

It is not known when interstate exports of potatoes will resume, because a national agreement on biosecurity testing still needs to be reached. The Department of Agriculture and Food said it had devised protocols but had not received agreement from its interstate counterparts yet.

There could be some good news on the horizon, with the PGA hoping to ease pressure by sending product overseas if it secures State Government support.

Commentary: How to Be a Mental Health Ally in Rural Areas