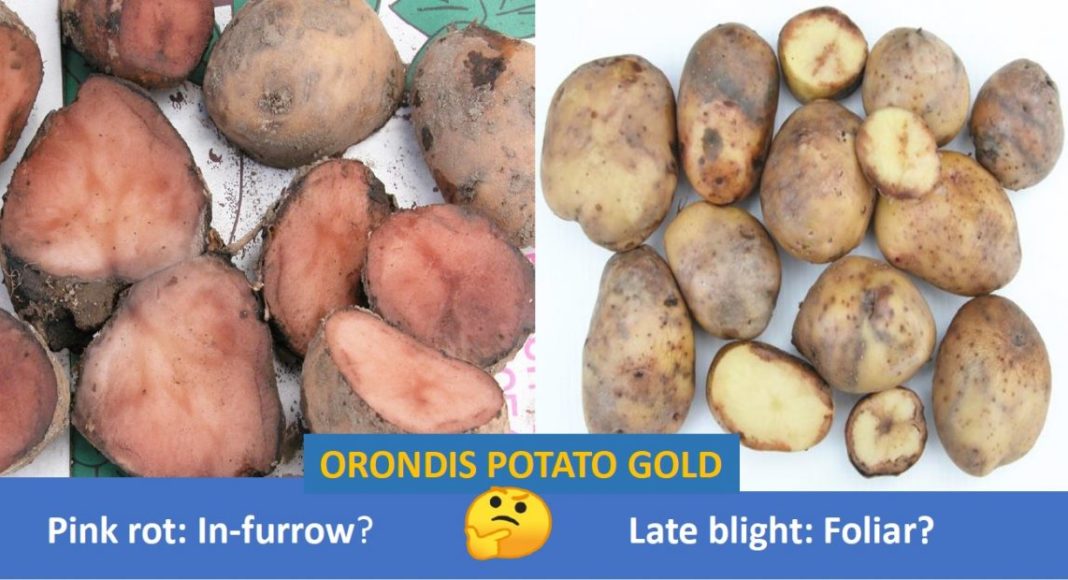 What factors should be taken into consideration to decide on the application timing of Orondis? Orondis Potato Gold has been registered as an in-furrow treatment at planting for pink rot/leak or as a foliar application to control late blight. It’s one or the other, not both. So, what’s the best choice? There are a few points to keep in mind:

Potato growers know their fields and varieties very well; common sense allows them to make the right decisions. Thus, the final decision will be up to them.

The government of Ontario is giving up to $118,500 to develop specialized COVID-19 resources to help better protect the health and safety of temporary...
Read more
Diseases

New late blight resistance genes have been found in a wide range of wild Solanum plants related to potatoes, a news release from The...
Read more

Revisiting the Impact of Heat Stress on Potatoes

Heat during the growing season is causing disease problems for potato growers.Hot, dry summers have become more prevalent in Ontario and elsewhere during the...
Read more
Diseases

Last spring, I was wondering whether the incidence of Dickeya dianthicola was expected to be high in 2020, so I reached out to Steve...
Read more
Fall 2020

SP327 is a new chipping potato variety developed in Ontario by Peter Vander Zaag. New varieties are crucial to the health and growth of the...
Read more
Tweets by SpudSmartMag