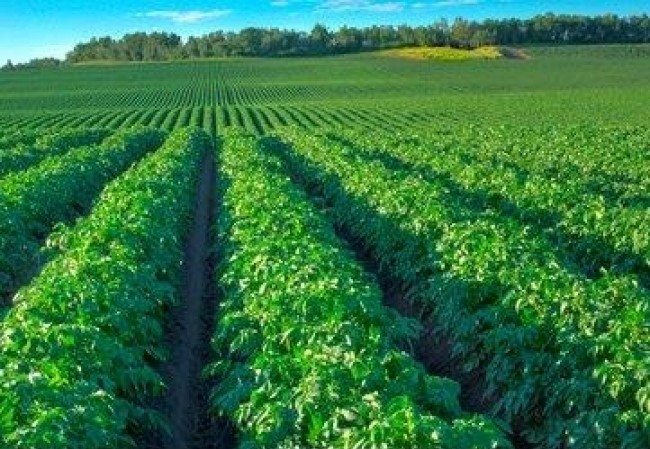 Prince Edward Island: Has had a very cold spring and still has about 5% of their acreage left to plant. What little crop was planted early basically just sat in the ground with very slow emergence. Emergence is just occurring this week. Environment Canada reported six frosts since May 21 with a very hard freeze on May 22 going down to -4.5 degrees Celsius. Total holdings of old crop were down 9% on June 1 compared to a year ago and Fresh holdings were down 53% compared to 2017. Most shippers are trying to get to July 1 with limited participants from then on. There have been offers of 20 cents/lb. for open potatoes but no one has the available spuds. Fresh Weighted Average is $28.31, which is up $4.19 from one year ago. Grower Return Index is $17.50, which is up $3.70 from 2017. Totes are running around $22.00 fob. Processing holdings on June 1 were down about 1.5%, reflective of the large imports of potatoes by Cavendish Farms. Growers approved a two-year contract with Cavendish Farms for a 5% and 4% price increase.

Nova Scotia: The crop was much earlier and more advanced at the time of the frost occurrence so has had quite a set back on some fields.

New Brunswick: The crop was not early going in but once planting started, good weather allowed the crop to get planted quite quickly. Acreage is expected to be up on the processing side. Growers accepted a two-year contract offer from McCain Foods for a 5% and 3% increase.

Quebec: A lot of packers have finished up old crop. Current pricing is $3.25/10lb. bag for russets and $3.50/10lb. bag of coloured potatoes (would translate to a $25.00 tote value). Given the small amount of crop left, some packers were looking for a further price adjustment on the remaining inventory. The new crop was about 7-14 days later going into the ground, however growing conditions have been close to ideal. Growers in the Montreal area are busy irrigating. Table acreage is expected to be slightly up to accommodate market share and processing acres will need to increase by at least 1,000 to accommodate St.-Arneault requirements. As is sometimes the case at this time of year, there are reports of ads featuring left over seed lots being marketed as fresh. Market demand on new crop is changing with more emphasis on good skin set vs. green spuds. Given the later crop, ads that would normally start on July 1st for Canada Day, have been moved back to July 10-15 this year to achieve available supply.

Ontario: Planting season has been challenging as growers finish up the last few acres in the Shelburne area. A small acreage of potatoes got planted early in the Leamington area and struggled to emerge from cold soils. However they are now coming out of blossom and destined for harvest in mid July. Snow and rain stalled planting for the rest of the crop and stretched out the job for several weeks. Temperatures lately have been hot and growers are busy irrigating on many farms. Earliest fields have row closure. Spore traps have not recorded any blight spores to date.

Manitoba Fresh: Given the cold winter and a spring with -20 degree temperatures in April, growers were concerned about what the planting season would be like, however planting was completed on schedule with no delays. Dry conditions provided some of the best emergence ever and timely rains last week have provided row closure on the earliest plantings. It has been a struggle to ship the last of the old crop with everyone long on reds. Some may need to be dumped. North Dakota has too many reds in inventory with their bigger crop this year (some will need to be dumped) and has become frustrated with Canadian shipments and also their ability to attract trucks into their state. The reality is that Canadian shipments into the US are down this year as verified by Manitoba, Quebec, and PEI (-26%). New crop is expected to come on around August 15th.

Manitoba Processing: As with fresh, the processing crop looks excellent, with great emergence and no set rot. Growers continue to reduce in-row and between-row spacing. Acreage is expected to be up in the 2,000 range, to 65,000 acres total. Old crop still has a few opens available – good recovery and payables have decreased interest lately. There has also been some raw product movement between two fryers to accommodate one being long on product and one being short. Growers settled one-year contracts with JR Simplot and McCain Foods with 7% increases (5% on base and 2% on storage). The McCain contract also included a 2% freight improvement clause to align closer to the Simplot contract. The Simplot expansion is moving along well with concrete being poured. The acreage required for 2019 looks adequate but processors are assessing the availability of land and water rights for the 2020 crop. Companies have sent out Letters of Intent to secure planting intentions but often growers have difficulty signing a document without pricing for two years out.

Alberta: The season went from winter to summer in and seemed to miss spring. The crop was 3 weeks behind getting planted but 30-degree days drove good emergence and earlier fields are now at row closure. Seed acreage will be up to accommodate additional seed markets from processing growers in Alberta and Manitoba. Seed exports to the US are up again this year as well. Processing Contract acreage is expected to remain the same. Growers are in their 2nd year of a 3-year contract with Cavendish Farms, which is flat for this year. The expansion at the Cavendish Plant in Lethbridge is slightly ahead of schedule with structural steel now being installed. Even though June 1st holdings point to an increase in Alberta stocks, PGA feel most of the crop will be used up by about three weeks time. In recent years, new crop has been available by August 5th but this year’s later season may push start up processing spuds to an August 20th availability. Processors may have to import spuds into the province to bridge that gap. The fresh industry is undergoing changes in Alberta as growers react to fill the needs of the processing expansion as an alternative to supplying wash sheds with fresh product. The Little Potato Company is a large fresh producer in Alberta and continues to expand their business into other provinces and states.

Saskatchewan: Planting conditions were good. Potato acreage is expected to be similar this year. Saskatchewan’s largest fresh packer is making ownership changes in that province.

British Columbia: Good planting conditions allowed BC growers to finish up in a timely manner and the crop is growing well. The early spuds have been on the market since the end of May with 50lb. cartons bringing $46.00/box. Old crop is mostly cleaned up though a bit long on reds. Red pricing on 50lb. cartons is $24.00/box, and yellows bring $32.00/50lb. carton. The pricing in BC is successful because each grower is required to have a signed agreement or contract with their marketing agent providing responsibility to both parties to deliver on their commitment.

The above information was sourced from the UPGC Board of Directors Meeting on June 19, 2018.