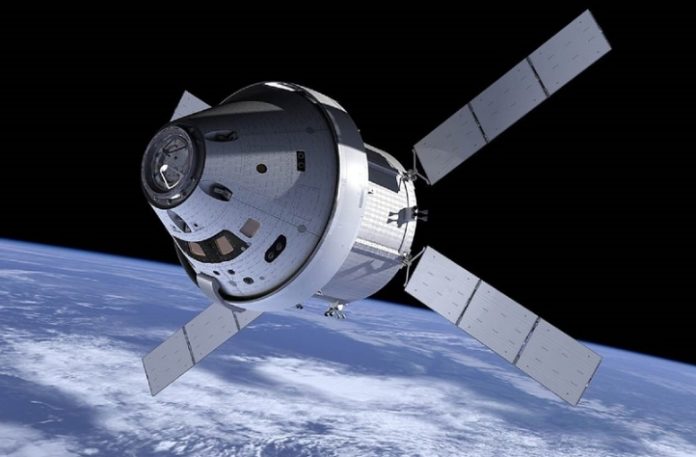 Agricultural producers could, in the future, make use of better forecasts to more efficiently irrigate their fields using a Purdue-developed technology that could  more accurately sense soil moisture below the surface through measuring the reflections of  communication satellite signals.

“The reflectivity of the surface is a function of the soil moisture, and that allows us to quantify the amount of moisture in the soil so, if necessary, growers can take corrective actions to protect their crops,” said James Garrison, a professor in Purdue’s School of Aeronautics and Astronautics, and Electrical and Computer Engineering (by courtesy). “The technology we’re developing can be cost effective.

“Water is becoming more and more scarce. So, managing the water that is available is becoming increasingly important. To manage it you need to be able to accurately determine the amount being used. The key there is to measure how much of it is in the soil where most of it is absorbed by the plants’ roots.”

The technology makes use of a specialized receiver to capture reflections of communication satellite signals having wavelengths of about one metre (39 inches), which scientists refer to as “P-band.”

Conventional satellite technology used for measuring soil moisture cannot operate at these longer wavelengths due to the required antenna size and the substantial interference from communications links. Current observations of soil moisture from a satellite uses wavelengths of about 20 cm (8 inches) and can only penetrate the soil about 5 cm (2 inches). Predictions of sub-surface soil moisture, currently require the application of models to extend the surface measurements deeper.

The new technique is known as “signals of opportunity,” or SoOp, and essentially utilizes the same transmissions that are the source of interference that prevents measurements from other methods. P-band SoOp is expected to be sensitivity to soil moisture down to 15 to 20 centimetres, or about 6 to 8 inches, below the surface. Reflections of the signals from the surface are compared to the original satellite signals.

“By using these existing satellite signals we bypass the requirements for licensing a P Band transmitter, which is extremely difficult,” Garrison said. “It also reduces the size of the antenna required.”

Researchers have tested a prototype of the instrument on a small plane during an experiment in the Little Washita watershed in Oklahoma. They now plan to collect data from a fixed tower location to observe the changes in a single agricultural field over at least one growing season.

If successful, this technology can be mounted on drones for planning the irrigation schedule of crops.