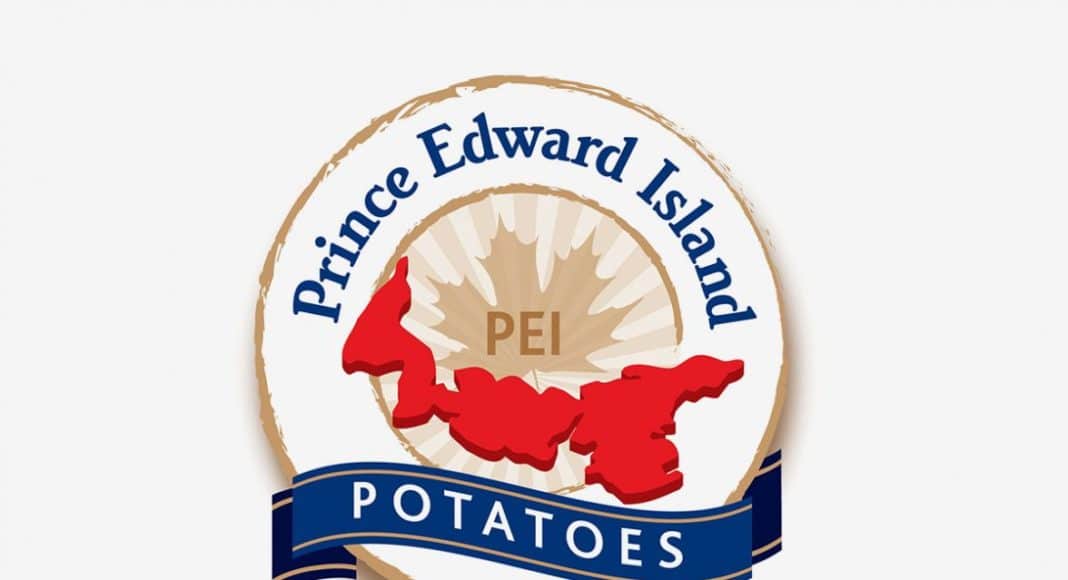 Following significant market research and rounds of development and consultation, the P.E.I. Potato Board has unveiled a new logo and new packaging designs aimed at further strengthening the Prince Edward Island Potatoes brand.

The new logo blends historic brand identity cues, such as the shape of the Island and the familiar red and blue colours, with a modern look. According to potato board, the new logo serves as a consistent identifier of PEI Potatoes across both new industry packaging and private label packaging, and also serves as the new corporate logo for the board.

This new packaging design also blends the well-known look of burlap with modern elements such as recipes and social media links. Bags will identify the type of potatoes in the bag (russet, white, yellow, or red) and will be available in both poly and paper.

This new packaging design replaces the former industry bag that was primarily white with the previous Prince Edward Island Potatoes logo. The P.E.I. Potato Board says that to date, the industry has already received enthusiastic feedback from retail partners about the new packaging and branding.

Packaging is the No. 1 promotional asset for the potato industry, so efforts were made to ensure that the industry was leveraging the most potential benefit from packaging to promote Prince Edward Island Potatoes.

The project to update and optimize fresh potato packaging builds on work done by the industry over the last decade and culminated with a full review of existing packaging as well as packaging used by competitors in the Canadian fresh potato market.

The primary goals are for consumers to easily identify Prince Edward Island Potatoes in the competitive retail marketplace, as well as to make it easy to purchase that consistent, easily identifiable bag across multiple retailers.

The industry expects an increased volume of Prince Edward Island Potatoes to be sold in the newly developed industry packaging. A soft launch of new packaging began in the spring of 2015, but a full rollout of new packaging will take place this marketing season. For more information, visit the P.E.I. Potato Board.