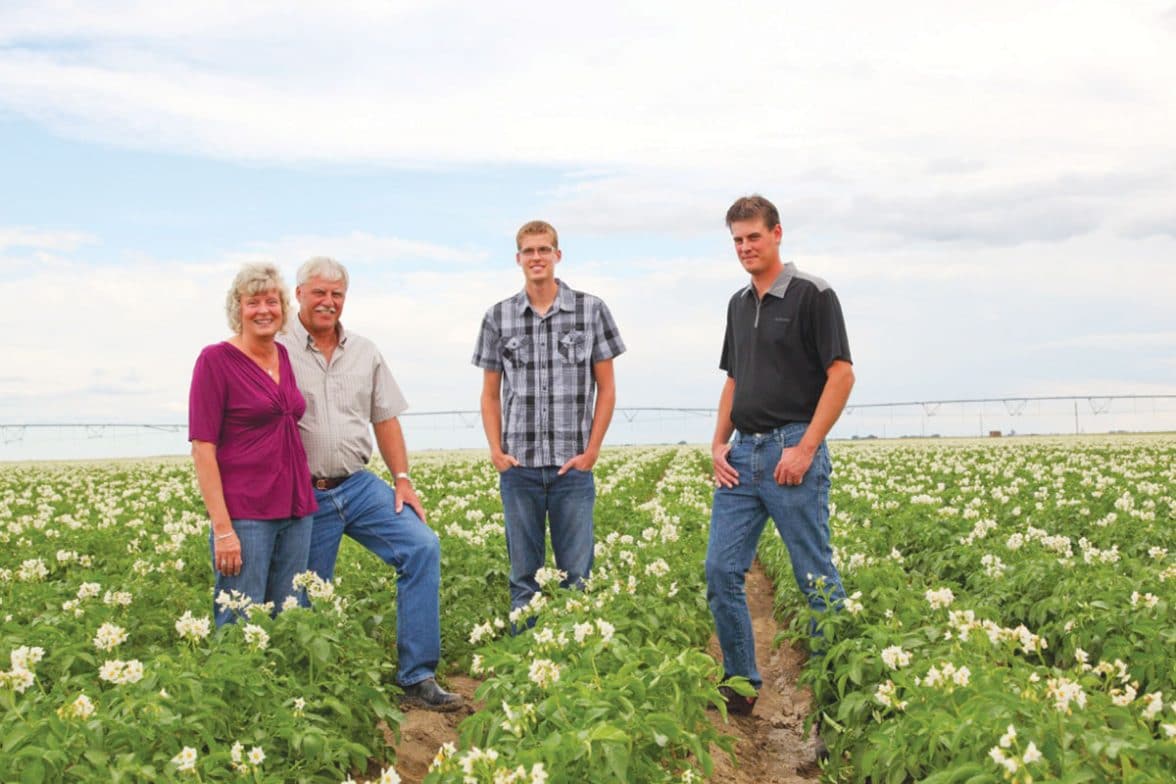 A Growing Business in Alberta

A lot has changed on Mike Wind’s southern Alberta potato operation since he started Windiana Farms back in 1990.

For starters, the farm located near Taber, Alta., is much bigger. Initially it was 320 acres in size, but now Windiana comprises 3,600 acres of farmland — of that, 900 acres are dedicated to potatoes.

“I started with a half section and have grown it to what it is today,” says Wind. “We were fortunate enough to be able to buy a lot of land a few years ago, and we kept buying.”

These days, the emphasis is not on expanding acreage but preparing the farm for the next generation. Wind, who turned 69 this past summer, says his two sons, 32-year-old Jeremy and 24-year-old Kevin, will take over running Windiana in the not-too-distant future.Wind says the expansion was fuelled in part by the challenge of finding good quality rental land for potato production, which is in shorter supply all the time.

“That’s our main focus right now — staying where we are and transitioning as I step out a little bit more,” Wind says. “They’ll take over more of the business as time goes on.”

Both Jeremy and Kevin are already heavily involved in the farm’s operation, and Wind’s wife Cathy also plays a pivotal role. “She does the books for the business so she’s on top of things all the time,” Wind says.

Here in Western Canada, we have the ability to grow a consistent quality crop year after year because of our temperatures and our irrigation. That is the reward in our neck of the woods.

In addition to family, there are five full-time workers at Windiana, with an extra 10 or so people hired during peak times.

Potatoes are grown on a four-year rotation, with wheat, barley, seed canola, timothy hay, alfalfa hay, and soybeans. The main potato crop is chippers which are produced for Frito-Lay; some russets are also grown for Lamb Weston.

Like most producers, Wind will tell you potato growing is not for the faint of heart. “The challenge is being able to take the highs and lows, being able to handle that economically,” he says.

Wind is also optimistic about the future: “I see nothing but very positive things for the potato industry.” It’s not that he expects huge growth on the business side, but Wind believes success hinges on potato farmers’ ability to keep churning out an exceptional product.

“Here in Western Canada, we have the ability to grow a consistent quality crop year after year because of our temperatures and our irrigation,” he says. “That is the reward in our neck of the woods.”