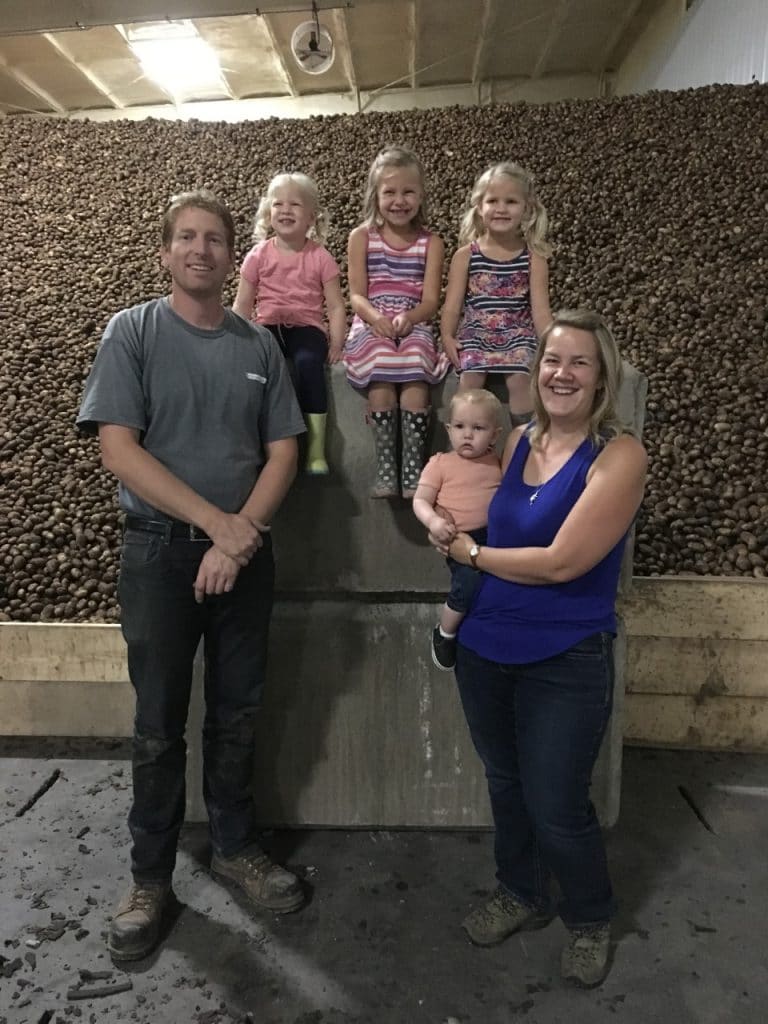 Farming Potatoes is in his Blood

Jaap Remijn grew up on a potato farm in the Netherlands but decided to pursue mechanical engineering after high school. When he immigrated to Canada, the opportunity arose to buy a potato farm in Alberta. Remijn decided it was something he couldn’t pass up.

It’s obviously something he’s good at too. Last November, Remijnwas recognized as one of McCain Foods’ top growers in Alberta for the 2017 crop year —which was the first year he began supplying processing potatoes to McCain.

Last November, Remijnwas recognized as one of McCain Foods’ top growers in Alberta for the 2017 crop year —which was the first year he began supplying processing potatoes to McCain.
Click To Tweet

Remijn, 38, was living in Alberta when the chance to buy his farmland came up in 2009. He now grows close to 1,000 acres of potatoes, mostly Russet Burbanks and some Ranger Russets, for McCain, Cavendish Farms and Lamb Weston at his 1,500-acre farm near Taber, Alta. Spring wheat, dry beans, corn and sugar beets are also grown as part of the farm’s potato rotation.

Remijn, like many other growers in his province, has benefitted from the recent expansions in the processing potato industry in Alberta and has doubled his potato acres since 2015.

“We were growing 500 acres four years ago and now we’re growing 950 acres,” says Remijn. The farm is also adding two more storage bins to keep pace with the increase in potato production.

Remijn employs four full-time workers at the farm and bumps his staff to seven at planting and harvest time. He says his parents, Nico and Wilhemia, who are semi-retired from farming and live nearby, also help out.

Remijn and his wife, Christina, have four kids — three girls and boy — that range in age from six months to six years old. He says taking care of the kids is a full-time job for Christina but it’s likely she’ll eventually take over the task of handling the farm paperwork from his parents.

Remijn says he really enjoys potato farming because of the variety and challenges that come with growing the crop.

“There aren’t very many different ways of growing grain,” says Remijn. “In my eyes, it’s pretty simple: you put spring wheat in the ground, you spray it, you put some water on and then you put a combine to the field in the fall, but with potatoes there’s quite a bit more involved. There’s more variety there and you can really challenge yourself.”