Who do you influence? And is that influence one you’re proud of?

I just finished a study that discussed your circle of influence. There’s those closest to you, friends and family, your co-workers and finally acquaintances. Ultimately, every person we encounter is influenced by meeting us in at least a small way.

May is Mental Health Awareness Month—a subject that has been treated with kid gloves for far too long. The truth is agriculture is not immune: mental health matters and the discussion needs to come to the forefront.

According to a recent study, people in rural areas in the more developed countries (U.S., Canada) are 1.4 times more likely to die by suicide than their urban counterparts. In rural Canada specifically, 45 per cent of farmers reported high stress levels, 58 per cent anxiety and 35 per cent depression in a study by the University of Guelph.

While we can’t pinpoint the exact cause, lack of access to mental health resources certainly doesn’t help.

In fact, the Rural Health Information Hub (RHIH formerly the Rural Assistance Center), reports there are six common barriers to entry when it comes to accessing mental health resources: 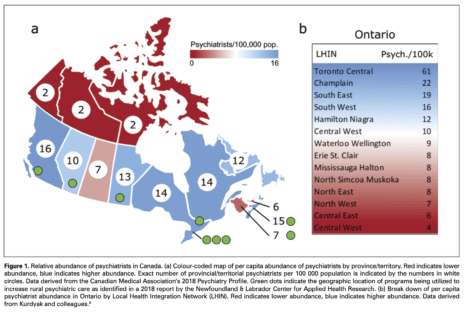 These barriers are troubling and it’s going to take the efforts of the masses to overcome them.

Be a mental health ally

I live in a rural community myself, right around 5,000 people total. We’re surrounded by corn and soybean fields and about 45-minutes from the nearest large city. Jobs can be scarce. We went from droughty conditions to 10 days in a row of rain (preventing planting for a while) and numerous other challenges our urban counterparts don’t consider. There are no mental health professionals in our town, although there are online options.

My goal is to be more supportive in my local community by taking those six barriers into consideration when talking with people. In addition, there are several resources for mental health advocates to use.

Here is a group of resources from RHIH.

How can we all be allies for mental health? Can we be encouragers? Can we reduce the stigma? What’s your role?