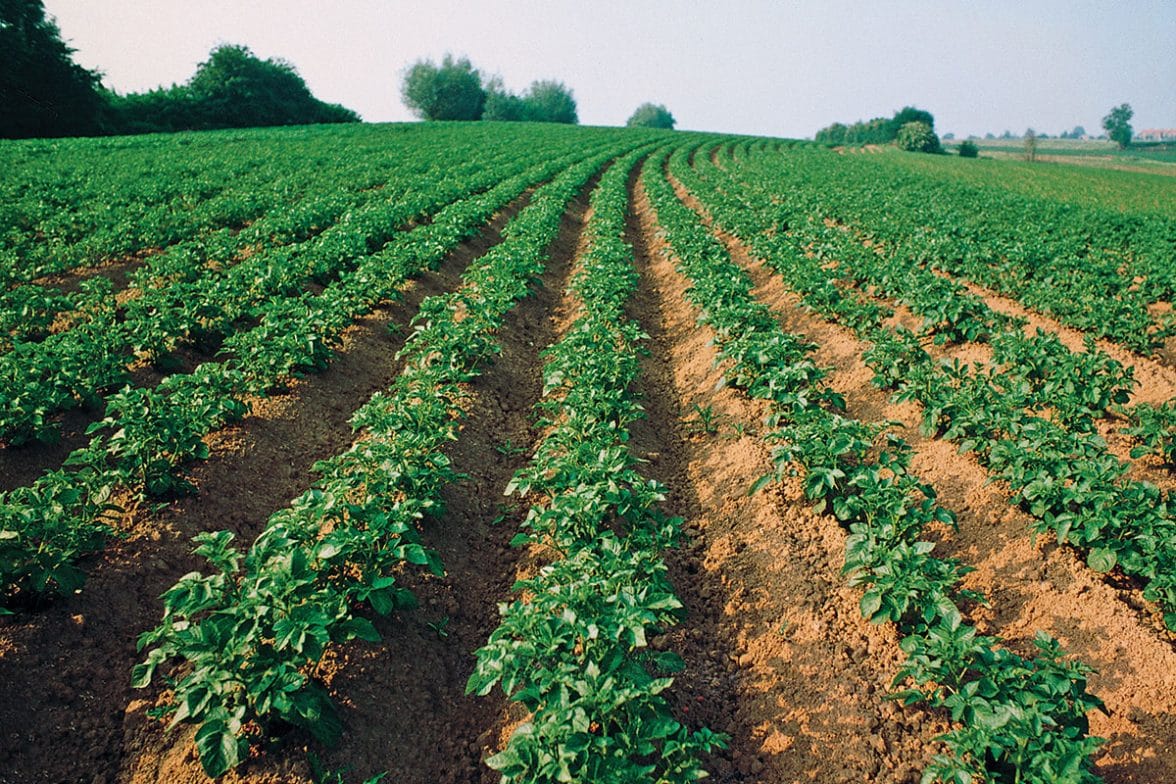 Harvest into storage is beginning this week. Some growers have not yet started. Overall harvest estimate is 15-20 per cent complete. So far, harvest conditions are excellent, so if all goes well and weather permitting, most of the crop will be harvested by the end of October. A couple of harvest days were lost last week because of excessive heat. It is still hard to get a handle on projected yield. It will be variable as moisture was limiting in many areas. At this point, it appears Eastern P.E.I. will have at least average yields while other areas will do well to get an average crop. Yields in Western P.E.I. will likely end up below average. Overall production will be down compared to last year. Some issues with scab, but otherwise quality is good so far.

Movement year to date is close to P.E.I.’s three-year average. Movement to the Caribbean markets is less than a year ago because of recent storms in Puerto Rico and surrounding areas. However, any lost volume in that market will be offset by less production and also stronger demand in processing markets. Processors in the East seem to be actively securing opportunities for open potatoes to make up for shortfalls.

Fresh prices this year continue to be similar to prices same time a year ago.

The harvest in New Brunswick is at the 50-60 per cent completion mark. Harvesting conditions have been very good. The weather station in Saint-Léonard recorded low temperature of minus 5 C on Tuesday, Oct. 3 for the Grand Falls area. Given the very dry condition of the soil, some industry insiders wonder if this might turn into a concern later in the storage season. Yields have been excellent, perhaps not quite as high as last year. Overall the supply seems tight with any overages being sought out by processors.

In neighbouring Maine, harvest is also about 60 per cent complete. With more acreage under irrigation, yields are high with good quality. Some growers appear to have overages available.

In Québec, the harvest has progressed well in the last few weeks. Growers have 60-75 per cent already harvested and are looking to complete their harvest by mid-October. The hot temperatures had stalled harvest and storage earlier, but growers are now able to work long days. Considering some areas went 5.5 weeks without rain, the yield has been better than expected and should be within the five-year average this year.

The size profile and quality is good for the majority of regions. In fact some growers report their best quality ever, particularly for russets.

The processing industry is expanding and will require additional potatoes to export more finished product.

Fresh packers report steady, strong business with good pricing similar to last year, a reflection of the fact the eastern Canadian market seems to be in balance again this year.

Ontario has experienced the wettest summer on record. For those fields without drown-outs, Mother Nature also brought high yields. In other weather extremes, September brought temperatures in the mid to high 30s for two weeks which had a tremendous impact on harvest of the storage crop. The record-breaking heat wave warmed the soil, creating tuber temperatures 10 degrees warmer than they should be. Growers held off harvesting and next came a cold spell with high winds. As a result, harvest is running at least 10 days behind schedule. Many growers who are normally finished by Thanksgiving are at the 50 per cent mark; a few earlier starters are at 60 per cent completion. This current week has provided good harvest conditions, but heavy rain in the Shelburne region yesterday brought that area to a quick halt.

Orangeville) greening is a common defect, caused by tubers growing close to the surface of those soils with high moisture levels.

Reports from fresh-market growers in the Simcoe area indicate the crop is of excellent quality and the tubers are of good size. The Simcoe area was not affected by the wet weather that prevailed in other areas of Ontario. During the season, late blight was well controlled by growers and practically no late blight tuber issues have been detected at harvest.

Harvest has progressed well since the beginning of the week for all producers. Weather has finally cooperated after a long rain delay for many growers following heat that delayed the start of harvest into storage. Some producers have just completed harvest with as many needing good weather into next week to finish up. Harvest sits at 65-70 per cent complete.

Yields have been mixed but solid overall. With the delay in harvest additional bulking is adding to the crop with some exceptional yields reported, potentially matching or exceeding last years crop. Size profile is smaller on some lots.

Interest in contract surplus has developed over the past couple of days with off-field purchases at contract pricing.

Manitoba’s fresh crop appears to have above average yield and quality, particularly on yellow varieties. Some fresh growers are at 75-80 per cent completion of harvest. The Red River Valley below the border also has above average yields and good quality. The combined area will result in more yellow production overall. Pricing has been good and very competitive with the U.S., given cheaper freight rates in Canada for delivered prices. This week, red packers in the U.S., particularly North Dakota and

Wisconsin, reported that market demand exceeded available trucks for delivery. U.S. packers will need to add $1.50 to $2.00/cwt. on packaged product to accommodate the increased freight rates needed to attract these carriers. Winnipeg, being a much better freight destination for trucks, has not seen the issue intensify like the Red River Valley which is dependent on back hauls to move their spuds. Fresh packers who are quoting prices out several weeks into the market will need to keep an eye on this developing situation.

Some growers have finished harvesting and others are close to wrapping up with two or three days left. It had been too hot for harvest earlier in the season, which slowed the bulking process and also challenged ventilation systems to bring in outside air cool enough for storages. The growing season has been quite variable in the province with the Regina area receiving virtually no rain. For other areas that received some moisture, or could at least irrigate a couple of passes, the yield turned out well with good type. Some areas have received considerable rainfall this week along with snow in the Swift Current area, slowing the remainder of the harvest.

Given a very challenging growing season with excessive heat and dry conditions, growers have worked hard to keep their crop watered and vigorous enough to reach the harvest stage.

Harvest progress is now about 95 per cent complete for the processing crop with the remaining balance destined for field run or overage. Harvest of the seed crop is around the 90 per cent mark. Harvest conditions were very hot earlier, but the season can change very quickly in Alberta. On Monday, Mother Nature sent a foot of snow and successive overnight low temperatures of minus 5 to minus 7 C in many areas.

Yields are estimated at 382 cwt./acre, which would be below last year’s

388 cwt./acre. Quality is excellent with a smaller than normal size profile due to the huge set in the crop.

Processors seem interested in overage, given that several areas of the U.S. and Canada are coming in with lower than expected supply of raw for their fry plants.

Harvest is 10 days late in B.C. but now around 65 per cent complete, with producers aiming to finish by Oct. 15. Growers are thankful for excellent cool and sunny harvest conditions, as they have had to leave their crop green much later this year in order to get good size and maturity. The profile is smaller than last year’s but the quality appears excellent. Yields are close to average but nowhere near the crop of 2016.

Kevin MacIsaac is the General Manager of the United Potato Growers of Canada (UPGC). He can be reached at Kevin@unitedpotatocanada.com