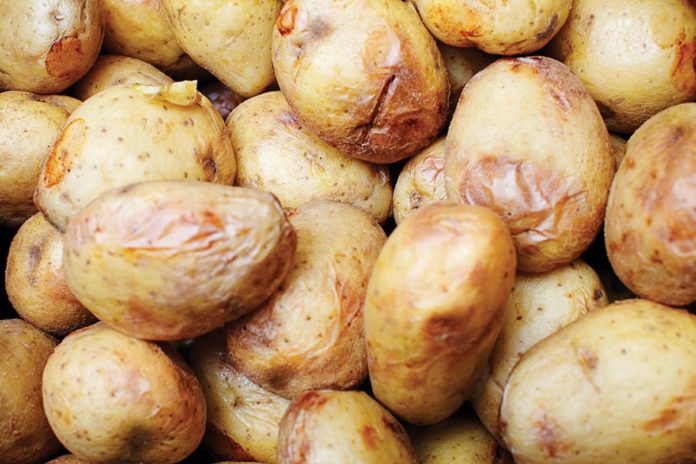 It’s all about appearance these days, says Shawn Brenn, president of Brenn-B Farms Ltd. in Ontario. Tolerance for bruising from retailers is decreasing, and grades are getting tougher every year. “The competition is crazy. Not only are retailers competing on price, now they’re competing on quality. They want the best product at the best price,” says Brenn.

Brenn’s family-owned operation has been providing potato packs to retail, wholesale and the food service industry for over 65 years and four generations. He’s seen a lot of trends come and go, and one of the latest, he says, is demand for new varieties with shelf appeal. “It may not be what varieties taste good, it’s what looks good,” says Brenn. “They look bright and that’s what retailers want.”

William Bohl also watches trends. The extension educator and professor at the University of Idaho has noticed that growers are increasing the number of new varieties they are planting on their farms. “A grower once said to me, ‘It sure was easier to grow potatoes 15 years ago than it is today because it was all Russet Burbank,’” says Bohl. “They know how to grow Russet Burbank, they have been growing it for years, and they pretty much have that all under control. Now, a grower may have four or five different varieties that have different nutrient requirements, watering amounts and even harvesting management. They have to know each variety individually.”

Bohl says that when farmers plant new varieties they’re very conscious of production management practices; however, if they overlook harvest management details specific to that variety, bruise damage may increase.

“Not every variety responds to bruising in the same way. There may be some little nuance between varieties that a farmer may not think about,” says Bohl. “If a farmer who has been harvesting a variety for a long time tries a new one and then finds that he is having problems, the new variety may need different management at harvest than the variety the grower was used to.”

Mike Thornton, superintendent of the University of Idaho’s Research and Extension Center and director of the Idaho Center for Potato Research and Education, says growers can be in for a shock when they plant a new variety for the first time if they handle it like Russet Burbank or Ranger Russet. “Until growers actually experience it, they don’t realize how different some of these varieties are. Sometimes they will be surprised—they’ll end up with either more blackspot bruise than they are used to or more shatter bruise, and the resulting rot problems in storage. Those can be painful lessons the first year or two when they grow new varieties,” he says.

“A great example is a relatively new variety called Bannock Russet. It is very resistant to blackspot bruise but susceptible to shatter bruise. As it matures, it doesn’t change very much in terms of bruise susceptibility. However, with Ranger Russets, as the vines start to die, they become more susceptible to blackspot—that doesn’t happen with Bannock. If you combine that with Bannock’s tendency to have a late-maturing vine, what we see is growers sometimes don’t think enough about managing tuber hydration and the fact that you need to dry the soil a little bit with Bannock to prevent shatter bruise when you harvest it,” says Thornton.

The more familiar growers are with the new varieties they plant, the lower their risk of bruise damage. Thornton recommends reading the management profile of the new variety for information on bruise susceptibility or talking directly with the breeder.

Benoit Bizimungu, research scientist and breeder at Agriculture and Agri-Food Canada’s Potato Research Centre in Fredericton, also recommends gathering as much information as possible about a new variety before planting, because Canadian growers tend to apply the harvest management practices of Russet Burbank to varieties they are not familiar with. “We run extensive bruising tests on new varieties, which indicate how the variety is going to behave during commercial harvest,” says Bizimungu. This information is published when the variety is officially released.

Although bruising traits of new varieties may cause growers some unexpected results, seasoned producers will not be surprised that mechanical damage caused by harvesting equipment is one of the top sources of bruise damage. However, growers on a quest for bruise-free potatoes should be giving their equipment more than a seasonal once-over, says Brenn.

“Just because you make adjustments once in the year doesn’t mean you’re set for the rest of the year,” says Brenn. “It’s something that constantly needs to be monitored.”

At harvest, Brenn’s tractor operators shut their equipment down in the field and inspect their machinery while waiting for emptied trucks to return to the field. Routine maintenance on all storage equipment is also a priority for Brenn’s crew.

Brenn and Bohl agree that when it comes to equipment, anywhere potatoes are being diverted in a different direction is where operators need to pay the most attention. “The rear cross chain is the most problematic because the tubers drop and turn direction at the same time. It’s coming from a wide, say a four-row harvester, onto a narrower chain, and if the rear cross is going too fast the tubers can hit the chains—so normally you slow that up. In my work with harvesters, that’s the chain that has been the most detrimental and running at the wrong speed,” says Bohl.

When making house calls for bruise damage, after checking a grower’s harvester, Bohl says the windrower is next on his list. Brenn also keeps an eye on this equipment. “For some operations windrowers are vitally important, but it is definitely a source [of potential] mechanical damage. It’s the same concept as your digger—you want to keep it as full as possible so that you’re reducing the rollback,” says Brenn. He also suggests adjusting the speed on the cross belt so that the potatoes aren’t flying off the end and being thrown onto the ground and punctured by stones. “Try to be as careful as you can. Keep the machine full and adjust the yield of your potatoes to the flow of the cross conveyor, and keep that wing as close to the ground as possible so you’re minimizing the drop distance,” he says.

In general, growers are very conscious of sources of harvest-related damage to tubers. The challenge, says Bohl, is limiting bruise damage under less than ideal conditions. “Farmers are working in the real world. They get out there and they deal with what they’re dealt. It’s better to bruise a few tubers than to let them get frozen or snowed on—they’re all aware of the ideals. Sometimes it’s what’s least damaging—what can they afford to do? They’re managing risk,” he says.

However, growers can avoid adding insult to Mother Nature’s injuries armed both with the latest information on new varieties and continual monitoring of harvest- and storage-related equipment. Small problems may add up to big bruise damage, but growers opting for bruise control and not cruise control can drastically limit bruise damage.

Important Potato Diseases and Tips to Manage Them in Storage