With the Canadian Spud Congress coming up on March 22 and 23, we’re highlighting the sessions happening at it on Spud Smart. In this story we’re taking a closer look at the “Brewing and Distilling with Spuds — How Potatoes Make Great Beer and Vodka” session.

In this session, we’ll have some fun talking about beer and vodka made from potatoes! Find out how potatoes are made into adult beverages and how particular varieties make a better drink. We’ll visit Sookram’s Brewing Co. in Winnipeg, Man. and talk with Rig Hand Craft Distillery in Edmonton, Alta.

Andrew Sookram is the founder of Sookram’s Brewing Co. in Winnipeg, Man. He’s a second generation Canadian and his Trinidadian roots influence Sookram’s beers and marketing. After winning numerous homebrewing awards, Andrew decided he’d found his calling and said, “I need to do this for a living!” In 2021, the brewery created a test batch of a potato beer called Tony Starch Potato Pale Ale. On top of selling beer, Sookram’s Brewing Co. gives back to the community and since day one has donated a portion of the proceeds of one of its core products to autism funding and awareness through the St. Amant Foundation. 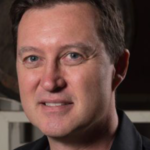 Geoff Stewart is the head distiller at Rig Hand Craft Distillery in Edmonton, Alta. He constantly challenges himself to innovate and come up with novel recipes and business development ideas. Rig Hand has over 70 products on the market with retail sales in over 1,000 liquor stores. Restaurant chains like Canadian Brewhouse and Boston Pizza now carry their products. Stewart’s business focus has shifted to export markets with a new distribution deal for 14 U.S. states. Rig Hand Potato Vodka is 16 times plate distilled and has a sweeter, creamier taste than traditional grain-based vodka, making it a wonderful sipping drink.

To watch this session live register for the Canadian Spud Congress for free.

Thank you to our session sponsor Corteva Agriscience

Spud Smart Invites You to the Canadian Spud Congress

The Benefits of Minimum Tillage for Potato Production